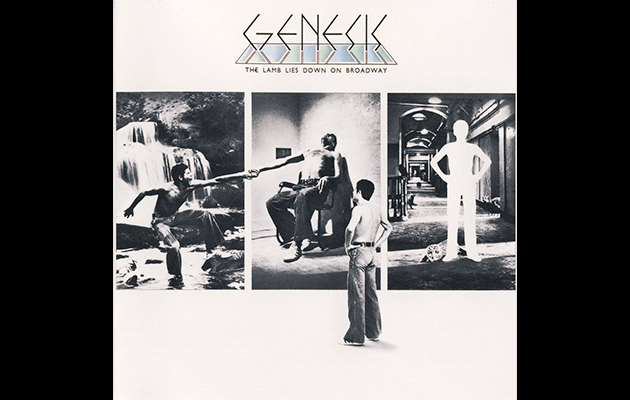 Tony Banks remembers the first time he met Peter Gabriel, at the start of Michaelmas term in 1963. “We arrived at Charterhouse at the same time,” he begins. “The new boys arrived an hour before everyone else. I took to him immediately. He seemed quiet, he didn’t seem threatening. I was quite a shy boy myself, and he obviously was as well. So we quickly became friends. There were a lot of shared interests – music was a big thing – but also a genuine rivalry in everything, really. We would play sports, normally fairly badly, but with great intensity and passion try and beat the other. That was the only thing that mattered.”

“Tony was sent away to public school while his mother and father had exchange students in, which I think is very public school,” reveals Collins. “I don’t know what the repercussions of that would have been. But certainly, I remember Tony semi-laughing about it in the old days.”

Rutherford remembers Gabriel as “quite quiet at school, quite shy. He’s still quite a shy person. But fearless. He pretends he’s not sure what he wants, but he knows exactly what he wants and that’s his strength, too. School was slightly more two pairs. It was Peter and Tony. I didn’t really know Peter that well at school. And myself and Anthony Phillips. Bar our afternoon writing sessions in the classrooms – we’d smuggle the gear in, smuggle it in and play – it wasn’t till later on that we got closer.”

The creative relationship between Banks and Gabriel at Charterhouse and later became central to the band’s early music. Indeed, Collins specifically cites Banks’ “quirkiness and Englishness” as critical to the records Genesis made in the first half of the 1970s. “We were part pantomime, part classical,” explains Steve Hackett. “I think we were harmonically European and rhythmically Afro-American. The syncopation was all-important. The English hymnal, Vaughn Williams meets Buddy Rich. That sums it up, early Genesis at least. Later on, of course, it became other things.”

The period where Genesis became “other things” essentialy began when Gabriel left the band; twice, as it turned out. On the first occasion, he decamped during sessions at Headley Grange for 1974’s The Lamb Lies Down On Broadway to work on a film project with director William Friedkin. When that collapsed, he returned to the band, only to subsequently advise his cohorts he was leaving after the group’s forthcoming Lamb… tour dates.

“That was a very dark time,” admits Tony Banks. “Everything started to change at that point. You felt he was a bit of an unwilling passenger. We had a meeting in this rather strange hotel in Cleveland when he said he was not going to do anymore. We’d been very close friends. I did try and persuade him to stay for quite a long time, but I think ultimately it was definitely the right thing. The group had to reduce in size. He was the only who could leave, because he was the only who had a career he could to go to. No one knew who the rest of us were.”

Reflecting on his departure from the band, Gabriel told Uncut in 2007, “I hated having my life planned. You’d sometimes be looking 18 months or two years ahead, when you were touring. It felt like there wasn’t much room for independent thought and action. And then my first-born, Anna, [the doctors] didn’t think she was going to survive. We were halfway through recording Lamb… in Wales at the time, and she was in Paddington, and I was tearing between the two. There’s nothing as important to you as your family, but the band were really unsympathetic and didn’t appreciate that they should sit around while I was dealing with life-and-death issues. We’ve had conversations about this since, but it built up some poison between us, internally.”

“I used to think he left because Friedkin had asked him to do the film,” muses Collins back in New York. “And this was actually better than being in a band, being a collaborator for music for films and blah blah blah. But I think there were a lot of personal reasons in there, too, which I didn’t know. Maybe Tony knew. Mike, did you know?”

“He never really complained about it,” shrugs Rutherford. “But on the tour, there was no thought at the time about what to do after Peter left. You put that to one side because you’ve committed, so you get your head down you don’t start drifting off into sentiment.”

“We had to carry on doing the rest of the tour,” says Banks. “The penultimate show was in Besançon, and it didn’t go down very well at all. We cancelled the final show completely because there was lack of interest, the ticket sales were very poor and we thought, ‘What’s the point? It’s just too depressing so we’ll just peter out.’ That could’ve been it. We did think at the time, ‘Is there going be a future for the band?’”