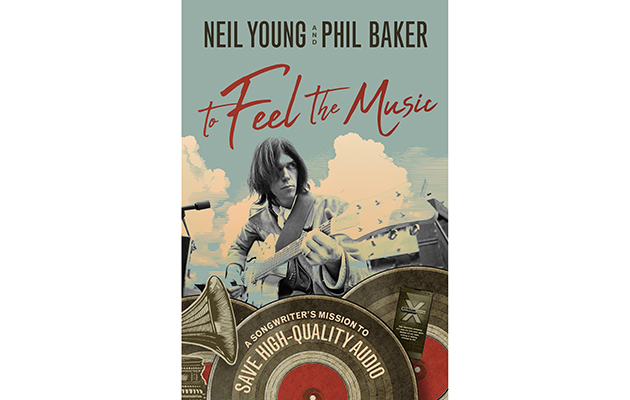 Neil Young has a new book coming out. To Feel The Music: A Songwriter’s Mission to Save High-Quality Audio will be published in the UK on September 26, 2019 by BenBella Books.

The book is co-written by Phil Baker, a technology journalist and author, reports Thrasher’s Wheat. According to the publishers, To Feel The Music “is the true story of Neil’s quest to bring high-quality audio back to music lovers.

You can read more about Young in this month’s Uncut – where we celebrate 50 years of Young’s creative partnership with Crazy Horse.

“Neil’s efforts to bring quality audio to his fans garnered media attention when his Kickstarter campaign for his Pono player—a revolutionary music player that would combine the highest quality possible with the portability, simplicity and affordability modern listeners crave—became the third-most successful Kickstarter campaign in the website’s history. It had raised more than $6M in pledges in 40 days. Encouraged by the enthusiastic response, Neil still had a long road ahead, and his Pono music player would not have the commercial success he’d imagined. But he remained committed to his mission, and faced with the rise of streaming services that used even lower quality audio, he was determined to rise to the challenge.

“But this is also a business story of what’s involved in starting a company from scratch as well as developing, manufacturing and marketing the product. It takes the reader through the ups and downs and difficulties in turning an idea into a reality. Reminiscent of the classic ‘Soul Of A New Machine’, the book explains the formation and workings of a small team of engineers trying to build a product to literally save music.

“An eye-opening read for all fans of Neil Young, fans of great music, as well as readers interesting in going behind the scenes of a startup company and the product development process, To Feel the Music has an inspiring story at its heart: One determined artist with a groundbreaking vision and the absolute refusal to give up, despite setbacks, naysayers, and skeptics.”

The book is available to pre-order from Amazon by clicking here. The book is published in the US on September 10.

To Feel The Music: A Songwriter’s Mission to Save High-Quality Audio is Young’s third book, after Waging Heavy Peace in 2012 and Special Deluxe in 2014.

Young recently announced he was going back in the studio with Crazy Horse, to record their first album in seven years.