Under The Silver Lake

Geeky neo-noir in an Altman vein 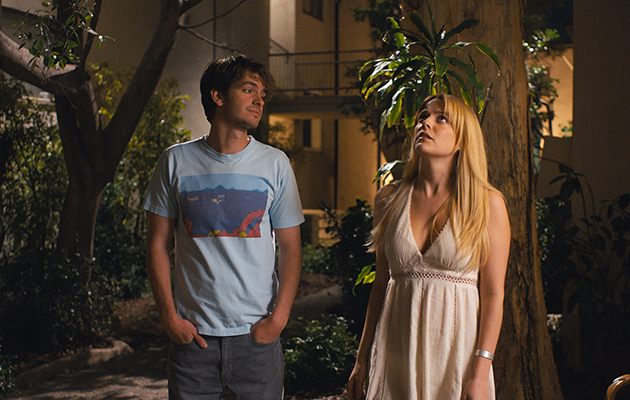 David Robert Mitchell caused a stir with his 2014 horror hit It Follows, a creepy genre throwback in which amorous teens are stalked by a malevolent spirit passed on through sexual intercourse. For his tonally chaotic follow-up, libidinous youth is still a key theme – but this time the vehicle is a garish LA neo-noir that plays like an annoying hipster rehash of Robert Altman’s ’70s gumshoe yarn The Long Goodbye, or perhaps a disarmingly impudent little brother to Paul Thomas Anderson’s 2014 Inherent Vice.

Former Spider-Man Andrew Garfield stars as Sam, an underachieving thirtysomething surfing the breadline in the suburbs of Los Angeles. The setting is contemporary, but from Sam’s apartment you’d be hard-pressed to know it; classic movie posters line the walls and back issues of Playboy lie in piles, revealing his (or is it the director’s?) obsession with the films of Russ Meyer. Such references are worth noting since Mitchell’s film is awash with them, especially when the voyeuristic Sam trains a pair of binoculars on the pretty young neighbour lounging by the pool.

They meet, a connection is made, but almost instantly the girl is gone and her place cleared out, mysterious runes painted on the bare walls. Around the same time, Sam discovers a grubby fanzine called Under The Silver Lake that details a series of shadowy conspiracy theories that may connect the mystery girl with a missing millionaire. Encouraged by a series of random leads and coincidences, Sam sets out on a supremely strange wild goose chase that makes The Big Lebowski seem sober by comparison. The frequent lapses into juvenilia can be annoying, but at the same time, Mitchell’s film has a winning geeky charm, a daffy, shaggy dog tale that suggests promise, imagination and vision – if not discipline.