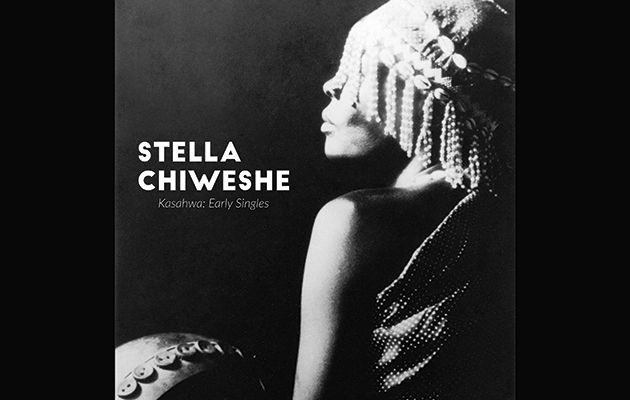 When Stella Rambisai Chiweshe first began making music in mid 1970s Zimbabwe, she risked not just stern disapproval from her conservative peers but also potential arrest. Defying both the patriarchal norms of her native Shona culture and the white colonial powers who ruled what was then still Rhodesia, Chiweshe became one of very few female pioneers of the mbira dzavadzimu – the sacred “thumb piano” instrument central to Shona spiritual ritual and social ceremony for centuries.

In the 1980s, after Zimbabwe won post-colonial independence, the “Queen of Mbira” began making waves outside Africa. Largely responsible for bringing the mbira into the Afropop mainstream, along with fellow Zimbabwean icon Thomas Mapfumo, Chiweshe became a Womad festival and John Peel show regular. But her hard-to-find early works have never been released outside Africa before this collection, which has been crisply remastered in London, lending these nine tracks a vivid gleam and pleasingly crunchy kinetic feel.

Recorded on borrowed instruments, the album’s title track was Chiweshe’s debut single, released in 1974, a bustling, undulating, cyclical melody with a raw vocal that is half prayer and half yodel. Chiweshe was compelled to record the song, which pays tribute to the ancestral spirits, by voices inside her head. “Kasahwa” was a gold-selling hit on Zimbabwe’s Teal Record Company, but later singles proved more problematic as the label became increasingly reluctant to promote female-fronted mbira music.

Chiweshe responded by forming her own band, the Earthquake, in 1979. After Zimbabwe won full independence in 1980, she also found fame as an actor, dancer and musician with the National Dance Company of Zimbabwe. With the Earthquake, Chiweshe forged a more commercial crossover sound by blending the mbira with marimbas and other instruments. It was largely these fuller, more polished arrangements that earned her global acclaim.

But this welcome retrospective takes Chiweshe’s music back to its lo-fi source, with pared-down arrangements that are rarely more than mbira and voice, occasionally augmented with lo-fi percussion. As the sonorous metallic ripples of “Nhemamusasa” or “Gomoriye” attest, the mbira itself works as both melodic and percussive instrument, clanking and chiming while Chiweshe adds conversational chatter, declamatory whoops and lusty laughter.

To European ears like mine, unschooled in the Shona language, the more abstract tracks cut deepest. “Ratidzo”, a rippling gamelan-style tapestry adorned with woozy whistles and birdlike chirrups, has a sublimely hypnotic simplicity that recalls avant-classical maestros like Steve Reich. And the two-part “Mayaya” lays jubilant vocal chants over a kind of hard-edged organic techno backdrop that would not sound incongruous in the Warp Records catalogue.

Now 72 and mostly resident in Berlin, Chiweshe has not released new material in over a decade. Kasahwa is a slight addition to her canon, but it radiates a kind of naive charm and youthful urgency that will never date.