The Lone Star state addressed by a well-qualified guide, and friends 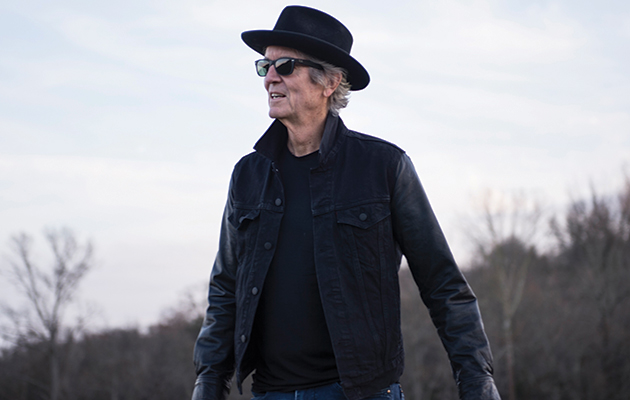 It seems strange that it’s taken Rodney Crowell until now to make a record like this: a concept album devoted to his home state, recorded in cahoots with the compadres he has acquired along the way, among them Vince Gill, Lyle Lovett and others. At the risk of giving away the ending, Crowell sums up Texas – and indeed Texas – impeccably with the last line of the concluding track. “Texas Drought Part 1”,  a stately trundle that sounds like something misplaced by The Traveling Wilburys, leaves the listener with “The sidewalks are blazing hot/Like white-fire from a pistol shot/The sun at its zenith is proudly displayed”. So far, so received-wisdoms-of-Texas: sun, guns and pride. As always where Crowell is concerned, however, there’s more than meets the eye.

A lot of what’s going on here is big-hearted fun: though Texas is not lacking for piquant commentary on the current state of the state, this is no pious manifesto of dissent, at least not exclusively. “56 Fury” is an exultant tribute to the titular twin-finned Plymouth coupe, and the people who drove it – the leather-jacketed tough with the “spit-curl down his forehead” and his paramour in the passenger seat with “hair stacked up and twisted/Like some beehive made in France”. It might as well have been a ZZ Top song even before Billy Gibbons was asked to play guitar on it.

“Treetop Slim & Billy Lowgrass” is a similarly good-humoured homage to Texan tradition, acknowledging the swing of Texan country music and the hefty canon of tall stories about tearaway outlaws in Texan folk mythology. “You’re Only Happy When You’re Miserable” is – the title notwithstanding – a joy, Crowell relishing the chance to deliver an unabashedly spiteful farewell to some soul-sucker. Ringo Starr (not, of course, a Texan) keeps the beat behind an appropriately snarling boogie.

Crowell could always have made a living cranking out uptempo country hits, kin to such well-loved earlier cuts as “She’s Crazy For Leavin’” and “I Couldn’t Leave You If I Tried”, but he’s also always been too curious a writer to resort to such an easy option: when he duetted with his former father-in-law Johnny Cash on 2001’s “I Walk The Line (Revisited)”, he cast Cash as a ghost in his father’s car radio. Throughout Texas, the guests are serving the record, rather than the other way around. So it would be safe enough to ask Willie Nelson, Lee Ann Womack and Ronnie Dunn, late of Brooks & Dunn, to sing on something hokey, perhaps in 3/4 time. “Deep In The Heart Of Uncertain Texas” features that trio, and is a waltz, but – as the insertion of “Uncertain” into the familiar title suggests – it’s not altogether at ease with itself. What might be mistaken for a portrait of a down-home idyll, all crickets and fireflies and catfish and beer, is betrayed by one killer line (“I’ve tried hard to leave here, but never did could”) as something that might be more clammy and claustrophobic. You can check out any time you like, as someone once sang of another place, but you can never leave.

As to what Texas might have to be uncertain about, the album offers a few suggestions. “Brown & Root, Brown & Root” is cued by a terse monologue from Steve Earle explaining that Brown & Root are the Texas construction company eventually bought out by Halliburton, supplier to military misadventures in Vietnam, Iraq and elsewhere. Crowell and Earle’s baleful duet is the lament of the poor man who finds himself toiling to make rich men richer. “The Border”, one of the best things Crowell has written, is a Springsteen-esque study of a good man upholding order amid moral chaos. It is laced with reminders that the divide between Texas and Mexico is more fluid than some US presidents prefer to believe, with flamenco guitar and accordion.

As always with Crowell, the essence is in the characters, drawn vividly with a few drawled lines. Crowell’s influence on subsequent generations of wry troubadours – Hayes Carll, Todd Snider, Rhett Miller et al – is considerable, but surely only Crowell could inhabit the delusional barfly of “I’ll Show Me” sufficiently convincingly to land, “I kind of see myself as a young Richard Burton reading Dylan Thomas to some Welsh coquette.” If Texas is a deliberately ambiguous assessment of Crowell’s home state, it’s also a resounding endorsement of the enduring powers of its composer.