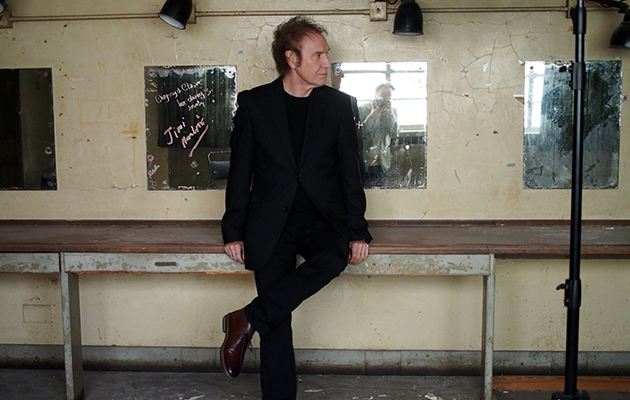 Ray Davies has often had an uneasy relationship with America. The Kinks were banned from touring in the States between 1965 and 1969; many years later, in 2004, Davies was shot in New Orleans, where he lived at the time. The latter incident cast a shadow over his first two solo albums, Other People’s Lives (2006) and Working Man’s Café (2007) – to the extent that a number of songs from Working Man’s Café were written in the emergency ward during Davies’ recovery from gunshot wounds. As anyone who has read his 2013 memoir, Americana, will attest, these events understandably continue to nag at Davies.

Today, the American experiences are among the thematic sources for his latest set of albums, along with 1972 LP Everybody’s In Show-Biz – which reported from life on tour in the States, once it restarted – and its great predecessor, Muswell Hillbillies (1971). But the Americana albums view events from a distance. The content has been left to settle – in some cases for decades. For instance, “A Place In Your Heart”, from last year’s Americana, dated from the 1980s.

Our Country takes this process further. The album is littered with remakes of earlier songs and references to his wider career. He re-records “Oklahoma USA”, the gorgeous song from Muswell Hillbillies, along with “The Getaway” from Other People’s Lives and “The Real World” from Working Man’s Café. Meanwhile, “See My Friends” recalls  the Mississippi setting of “Calling  Home”, while “Muswell Hillbilly”  haunts “Muswell Kills”. Everything  here remains personal, but it is also  a cooler proposition.

There’s a degree of studio craft and narrative control here that Davies has never bettered. Preservation Act 1 and 2 (1973-4), the project Americana most recalls in scale and title, suffered from all the lumbering, prosaic faults of 1970s rock operas. Today, after his experience on the successful Sunny Afternoon musical, Davies has the technique to match his ambitions. He also has The Jayhawks – house band on this project, who have spoken about Davies directing their high-energy sessions in the spirit  of a theatrical production. As Kinks  fans, they are more amenable to such control than The Kinks themselves ever were. When “The Invaders”, from Americana, is replayed as a spoken-word duet with John Dagleish – the actor who played Davies in Sunny Afternoon – and the narrative of Our Country moves towards Davies’ shooting, the threads  of a future theatre piece are clear.  Davies’ old conceptual desires are  being realised again.

The opening track inadvertently addresses current concerns with its wish to “make this country great once more”. Written long before Brexit, it splices Davies’s move from what was then Blair’s Britain to New Orleans together with the dreams of more fervent American immigrants. Typically, the effect is ambiguous. The album then follows several characters’ stories. “We Will Get There” is a lullaby for an internal migrant, where Karen Grotberg’s keyboard washes add to Davies’ companionable support for his protagonist’s unsteady progress. Like “Louisiana Sky”, it has the feeling of a dream. “A Street Called Hope” is a lovely, jazzy effort about avoiding the pitfalls waiting at the dark end of the street, which precedes the existential “The Empty Room”.

Throughout, The Jayhawks replicate the post-war American styles that have inspired Davies though the years – everything from doo-wop to crunching blues. Just when Our Country is starting to drift in the slipstream of such comfortable sounds, “The Take” adds a sneering jolt of CBGB energy, as Grotberg adopts the persona of Roxy, a “rock chick” looking to “fuck me an icon tonight”. Davies’s own slyly humorous vocal fully enters into the raunchy spirit of the song.

Our Country’s final section halts the restless, self-destructive momentum of the earlier songs. Instead, it settles into Davies’s New Orleans sojourn, awaiting the gunshot. In “The Big Guy”, we find him after it hits, facedown and shivering in the gutter. But that’s when Davies springs his most satisfying surprise. Abandoning all decorum, Davies – the original London punk – bellows out the chorus of “Muswell Hillbilly” and gives his mugger a gleeful kicking. It’s taken  14 years, four albums and one book to reach that purging moment. It’s worth it.