A second gem, equally unexpected, from the returning Only One 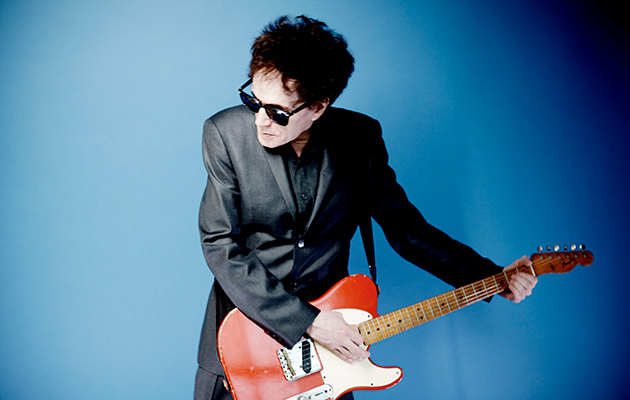 Peter Perrett’s sudden, miraculous reappearance, back in 2017, with his first solo album proper, How The West Was Won, was one of the more surprising returns of recent times. He’d long stood, in popular music’s mythology, for peak ’70s excess – taking and selling drugs, addictive personality, wasted talent, decades of apparent non-achievement. It was particularly hard to take for fans given Perrett’s singular songwriting genius. His legend rests on the three albums he made in the late ’70s with The Only Ones, who were with, but not of, punk – the songs were too articulate and lovelorn, the musicianship too good, the sound a little too beholden to rock’s classic tropes, to really sit comfortably within punk’s purism.

But while their 1978 single “Another Girl, Another Planet” is always going to be Perrett’s classic, his entry into rock’s history books, listening back both to The Only Ones and their precursor, England’s Glory, you get a clearer, much more nuanced picture of Perrett. Equal parts consumptive poet and romantic tearaway, doomed and tragic but with a switchblade sense of humour, Perrett’s writing is remarkably full-blooded and fully formed – here’s someone who knows his way around a great melody and a set of lyrics that tell a story just so. It was every bit as evident during his short-lived ’90s comeback with The One, whose 1996 Woke Up Sticky is a masterclass of its kind, a bold and confident way to return to the fray.

All that being said, it’s taken Perrett a good while to get back to his current form. An Only Ones reunion last decade had him going through the motions; he spent a bit of time hanging around with The Libertines, who might seem a little like kindred spirits. Perrett’s framed his recent return around opportunity and survival instinct kicking in, but even that can’t quite account for just how strong How The West Was Won was, how great it was to hear Perrett’s voice again – a slightly strained, clipped, colloquial instrument that’s still full of character, recognisable from the first lackadaisical syllable. (He has now lost that tense, uncomfortable tone he was singing with during the Only Ones reunion shows, too.)

The very welcome news, then, is that Humanworld is every bit as good as, and at points even better than, its predecessor, as though Perrett’s finally, almost five decades in, found his true métier. As with How The West Was Won, he’s making music with family, his sons Jamie and Peter Jr joining him on guitar and bass, and Jamie producing; there are other connections with the previous album, too, suggesting Perrett’s found another comfortable lineup to work with. They seem to fall in well with his songs, too – Perrett’s writing hasn’t changed too much over the years, a touch of Velvets simplicity here, some Stones swagger there, some hangover from glam’s most giddily reductive pop smarts, but that’s perfect grounding for a group to develop its collective psychology.

The album itself flies past – it’s brief, sharp, urgent, 12 songs clocking in at around 36 minutes, each song punched in and out with brittle economy. If some of the production touches expand the remit a little, with more backing vocals, more keyboards and synths filling in the sonic spectrum, some sharp, skirling viola from Jenny Maxwell winding between the other instruments, Perrett squeezes everything into perfect pop forms – “I Want Your Dreams” opens, an incessant pulse building, stealthily, steadily, cut brutally short for “Once Is Enough”’s tensile clatter and strum. In songs like this, Perrett’s gift is compressing all the drama of life’s ups and downs into simple, unpretentious pop.

Elsewhere, he’s as adept as ever at capturing blossoming romance, as on the beautiful “Heavenly Day”, which rides on a one-note arpeggio that’s pure John Cale in the Velvets, or Josephine Wiggs in The Perfect Disaster – indeed, it recalls the latter’s “TV (Girl On Fire)”, and The Perfect Disaster were one of the few groups over the past 30 years who truly understood what Perrett was trying to do with The Only Ones. Perrett’s recent turn to the political in the everyday is here, too, with “Believe In Nothing”’s scathing pessimism – “Blackest hole’s drawing us in/Bleakest future there’s ever been/It’s not a time of hope/Living is a joke” – and the fierce scepticism of “War Plan Red”.

At moments like this, Perrett skirts carefully around the edges of the dogmatic, never submitting to any tendency to proselytise. He’s clear-eyed, never losing the concise, plain-speaking poetry at the heart of his writing, which really, when it comes down to it, is the core of Humanworld – an everyday observational that pans out to capture  the collective when need be.