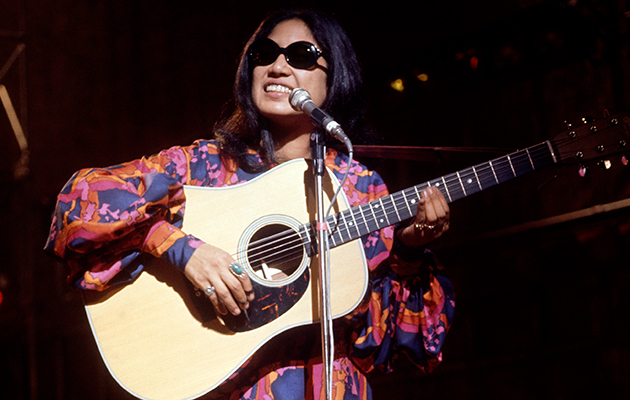 “Walkin’ My Cat Named Dog”, the debut single by Norma Tanega as well as the title track of her 1966 debut album, was an act of small but ingenious rebellion. The singer-songwriter had gone from playing at a summer camp in the Catskills to working with Bob Crewe, head songwriter for The Four Seasons, and her sudden professional advancement had prompted a move to the city. As the possibly apocryphal story goes, her new apartment building didn’t allow dogs. To work around that restriction, Tanega got a cat and named it Dog. She wasn’t marching in the streets or bombing army recruitment centres or occupying the dean’s office at Berkeley. Instead, hers was a more personal act of dissent, playful and almost surrealist: Magritte by way of Haight-Ashbury.

Flaunting her lease inspired a short and nonchalantly innovative tune that became her biggest hit, melding folk ponderings, pop melodies, girl-group vocals, a “Love Me Do” harmonica theme, and a follow-the-bouncing-ball guitar lick. The single peaked just outside the Top 20 in the US and the UK and briefly established Tanega as a rising star on the folk scene. More than 50 years later, it remains a perfect introduction to this imaginative artist, who comes across as a one-woman counterculture on this vinyl reissue of Walkin’ My Cat Named Dog. “Happy, sad, and crazy wonder,” she sings to a jump-rope melody. “Chokin’ up my mind with perpetual dreamin’.”

For Tanega, music was a vehicle for self-definition, and she had no interest in defining herself by anyone else’s conventions. Born in Vallejo, California, to Panamanian-Filipino parents, she studied classical music and visual art as a teenager, backpacked around Europe, protested the Vietnam War, painted enormous canvases with mythological beasts, was loosely associated with the Greenwich Village folk scene, and even found a job playing her songs to patients at a psychiatric hospital in New York. It’s tempting to say Tanega was “discovered” playing at that summer camp up in the Catskills, but the force of personality that emerges in her music suggests that she knew who and where she was all along. Herb Bernstein – a producer for Bob Dylan, Laura Nyro and The Monkees, among others – was impressed enough to sign her to Crewe’s New Voice label and produce her debut.

Her career took many twists and turns, producing only two solo albums but a lot of stories along the way. During a promotional tour of Europe for Walkin’ My Cat Named Dog, Tanega met Dusty Springfield and began a long romantic and creative relationship with the pop icon, even writing a handful of songs for her [see side panel]. Theirs was a tumultuous affair, and after they split, Tanega returned to America and released a second album in 1971 called I Don’t Think It Will Hurt If You Smile. It’s tempting to say that she “vanished” from the music industry, but that’s about as true as saying she was “discovered”. She has continued making music throughout her life, gradually gravitating away from the guitar towards percussion, away from folk pop towards something much more avant-garde and experimental. Over the past 30 years she has released a handful of recordings with an assortment of stylistically divergent groups including HybridVigor, Latin Lizards and The Ceramic Ensemble.

Like Vashti Bunyan or Karen Dalton, Tanega has remained something of a cult influence, her albums discovered by cratediggers and decoded by subsequent generations of listeners. Shortly after its run up the pop charts, “Walkin’ My Cat Named Dog” was covered by Barry “Eve of Destruction” McGuire and even Art Blakey, and more recently her songs have been recorded by They Might Be Giants, Yo La Tengo and Thee Oh Sees. Her strident, spooky “You’re Dead” is currently the theme to the TV adaptation of the vampire farce What We Do In The Shadows.  While Real Gone Music’s new vinyl reissue of Walkin’ My Cat Named Dog includes no bonus material – no archival tracks, no new liner notes – it’s enough just to have this remarkable debut back in print.

The chart success of her debut single meant Tanega was pressured to record a full-length very quickly, but nothing on Walkin’ My Cat Named Dog sounds rushed or underthought. It may have been conceived to take advantage of her sudden ascent, but the album sounds purposeful, confident, adventurous and perfectly idiosyncratic. There’s some wordplay on these songs that recall the language games and in-jokes that were already showing up in Dylan’s songwriting, although Tanega is never quite as obscure. She prefers long melodic lines that jostle against the metre, and on “A Street That Rhymes At 6am” her back-up singers barely have time to get one line out of their mouths before the next one begins. It’s a sly trick that underscores the song’s sentiment about living on your own terms. “Syncopate your life and move against the grain,” she sings. “Don’t you let them  tell you that we’re  all the same.”

Her rhythms are jangly, her time signatures tricky. In fact, on tour for this album Tanega’s backing band The Outsiders had trouble mastering her zigzagging arrangements, so she had to bring in a crew of professional session musicians. “No Stranger Am I” (later covered by Springfield) is written in 5/4 time, its tempo set by what sounds like a pair of scissors snipping fabric, but that gives Tanega a little more room to unspool her melodies and only adds to the stateliness of the ballad. On the spirited gospel number “Treat Me Right” and the austere march “I’m The Sky”, she builds small symphonies out of just a few sounds. “What Are We Craving?” poses serious questions about materialism and contentment over a curious snare-and-tambourine march, while “Jubilation” pins a warm invitation (“Come be one two three/With me, you, and I and us!”) to a gently swooping melody punctuated by a simple yet lovely oboe solo.

One of Tanega’s boldest moves here is “Hey Girl”, which slyly reconsiders the blues standard “In The Pines”, made famous by Bill Monroe, Lead Belly, The Louvin Brothers, and – much later – Nirvana. She asks the same questions those men have asked countless times: “Hey girl, don’t lie to me/Tell me where did you go last night?” But she bends her voice, almost flattening it out at times, in order to undercut her accusations and ease up on the song’s misogyny. Given how public Tanega’s history with Springfield has been, it’s tempting to hear this cover as a queer reinterpretation that infuses the song with a very different kind of desire. When she sings that she “shivered the whole night through”, the line takes on radically new possibilities.

The inventive musical flourishes on Walkin’ My Cat Named Dog are not unlike the way in which Tanega actually named her cat Dog. Each knotty rhythm and each unexpected melody amounts to a  small subversion of the conventions of pop  and folk in the mid-1960s, as though she is constantly working to define herself against the industry, to carve out a place for herself without losing herself in the process.
Fifty years later, these rebellious gestures have lost little of their power, accumulating into a complex and compelling personality that emerges on this unique album.