Lambchop – This (Is What I Wanted  To Tell You) 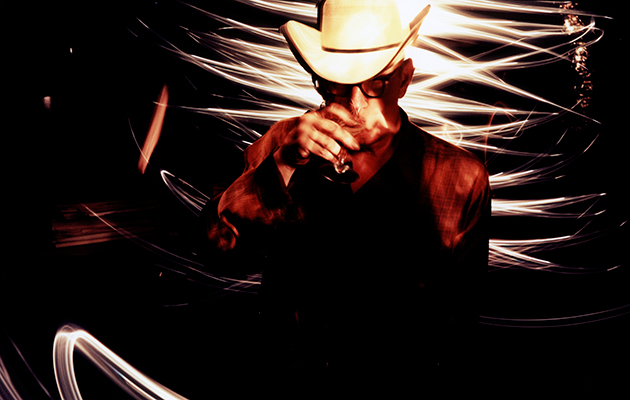 Lambchop’s last record, the magical, mysterious FLOTUS, was released only two-and-a-half years ago, yet it can feel like a couple of lifetimes away. With a cover that obliquely depicted Michelle Obama (with Kurt Wagner’s wife, and Tennessee Democrat party chair, Mary Mancini), and a title that seemed to allude to the prospect of Bill Clinton (and potentially Wagner himself) as consort-in-chief, the album was released the week before the presidential election of 2016, possibly the last time anyone felt even slightly sanguine about the prospects of American democracy.

FLOTUS was a magnificent late-career step change – a whole-hearted dive into the possibilities of electronica and the delirious digital filigrees of the TC Helicon VoiceLive 2 vocal processor, that felt less like a straining for relevance than a natural evolution of the Lambchop soundworld. It was also, particularly on the closing “The Hustle”, possibly the most unabashedly, touchingly romantic record of Kurt Wagner’s career.

With this precedent, you might have half-expected the follow-up to be a similarly surprising genre excursion: a scabrous black metal anti-presidential rite or a Scott Walker-style musique concrète sonic exorcism. But This… follows on in FLOTUS’s dreamy Auto-Tune slipstream, into what Wagner terms, on “The Air Is Heavy And I Should Be Listening To You”, “the new not-normal”. Wagner tells Uncut he was worried that the new record might be too strident, but it’s hard to hear much in the way of direct comment across these eight moody tone poems. “There’s been drinking in the Safeway, be it so unpresidential”, he croons on the opening “The New Isn’t So You Anymore” like the world’s most tipsily rueful android, “I’ve got many reasons to shut down the planet for a while”. Elsewhere, on “Everything For You”, he observes: “The news was fake, the drugs were real/The dream was gone, not its appeal”.

But since the death of John Ashbery, Kurt Wagner may be America’s leading whimsical ellipticist and is unlikely to write anything like a straightforward protest song anytime soon. For the most part This… is carried on an uncanny, easy breeze – like someone adjusting to the dreamy effects of a gently psychedelic anti-depression medication. This is the first Lambchop cover to feature a portrait of Wagner himself on the sleeve, but on the record he’s hard to locate, he’s going awol: “I lost you somewhere in the airport/ You can find me in The Happy Clam”, he sighs. Elsewhere: “I’m in a Mexican restaurant bar, watching surfing and it’s amazing!” The early poetry of WH Auden was once described as feeling like “an urgent telegram received in a nightmare”. The lyrics to This… often feel like stoned voicemails received in the upside-down.

This… was largely written with Matthew McCaughan, drummer over the years for Bon Iver, Hiss Golden Messenger and Portastatic, and though it features Wagner’s most hardy crewmates Tony Crow (whose lambent piano drifts like a breeze through huckleberry trees on tracks like “The Lasting Last Of You”) and Matt Swanson on bass, it feels in some ways much more of a post-Lambchop album than FLOTUS. “Everything For You”, in particular, with its funky drummer backbeat, sampled vocals and mellifluous groove, is a little like a venerable MOR act valiantly trying to demonstrate they’ve always had a dance element to their music. Lead single “The December-ish You”, meanwhile, feels like a cruise into one of the Blue Nile’s lush and lonely Saturday-night reveries.

The presiding spirits, the twin poles of the album, might be Jacob Valenzuela and Charlie McCoy. Valenzuela, the “Miles Davis of Mariachi”, who made his name playing with Calexico, contributes to the title track, a fragile, eerie pondering of moments when things fall into place or fall apart. “Just like that the air began to feel different/The light hit things just right”, Wagner whispers, before concluding simply, “Baby, please come back…”. In its combination of Enoid synthetic burbles, the long, lonesome wail of Valenzuela’s trumpet, and an uncanny, atonal coda, the track might put you in mind of Bowie’s Blackstar, and it suggests Wagner is similarly voyaging out in late career into unmapped territories.

The closing “Flower” brings things back to earth, however, with the familiar framing of Wagner’s broken, unprocessed sprechgesang with plain acoustic guitar. “If I gave you a hundred dollars to record just three words/I could make the perfect song”, he mutters, and the harmonica of Charlie McCoy, Nashville legend and the man who played on Roy Orbison’s “Candy Man” and Dylan’s “Desolation Row”, blossoms up like a desert rose after a day driving through the dust bowl.

After the album’s wanderings through the new not-normal it can’t help but feel like a welcome home, back to the country heritage Lambchop have so artfully, tenderly plundered and cherished for the last quarter-century. But you don’t get the sense he’s likely to settle here any time soon. Between his Nashville roots and his digital dreams, it feels like Kurt Wagner has fresh new frontiers to light out for.