Kathryn Joseph – From When I Wake  The Want Is 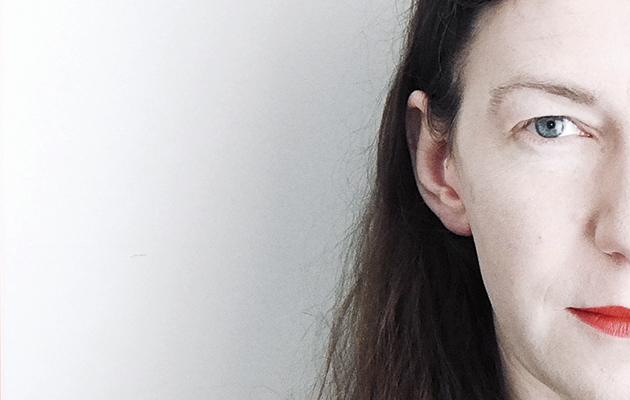 There is, with fragile, tough Kathryn Joseph, a contradiction. Actually, there is more than one. Her music is as powerful as it is introverted, as insistent as it is subtle. She makes her points quietly, but with neurotic force. She sounds hesitant and, on occasion, apologetic, yet her vision is raw and uncompromising, and  as true as a diary.

In Scotland, Joseph’s career took off – or at least solidified into a shape where playing music as a job became a plausible ambition – when she won the 2015 SAY award, for the best Scottish album, with her exquisite debut, Bones You Have Thrown Me And Blood I’ve Spilled. She beat off competition from more fancied contenders such as Young Fathers, Belle And Sebastian and Paolo Nutini.

Yet Joseph was nobody’s idea of an overnight success. She was 40 years old, and had been making music in a hesitant, forceful, single-minded, unassuming way for a couple of decades. When she was living in Aberdeen and working behind the bar in The Lemon Tree – a popular arts venue – she attracted record company attention, recorded some sessions in London, but turned down the deal she was offered. Another A&R man told her he wasn’t going to offer a contract because “we’ve already got a Stina Nordenstam”. “It was cruel,” Joseph says now, “but possibly true.”

Certainly, the Swedish singer offers a clue as to what Joseph sounds like vocally, though she has grown more used to hearing comparisons with Joanna Newsom. You could probably add a footnote about Joseph’s fondness for Tori Amos and Björk, at the risk of diminishing what a powerfully original artist she is. (For sheer musical obduracy, she has some similarities with Benjamin Clementine.) The key point is that she views the voice as an instrument to be played in tandem with the piano. Sound comes first, the meaning of the words follows. Sometimes, as a lyricist, Joseph leans towards poetic density. Even then, you’ll get the point.

The singer’s uncertain progress towards the public eye steadied a little when she moved to Glasgow, and befriended Marcus and Claire Mackay who run Hits The Fan, the indie that released Frightened Rabbit’s debut. Marcus became her producer and musical collaborator – he adds subtle colouring and Eraserhead static to Joseph’s minimalist Rorschach blots, highlighting the blushes and the bruises, and allowing Joseph the luxury of imagining that her tunes might, after all, be of interest to someone other than herself.

That first record was a collection of the songs which had lasted “without me hating them, which seemed like a miracle”. The follow-up comes from a more confident place musically, but reflects the emotional turmoil of the period where Joseph and her partner split up, temporarily. She was in Glasgow, making music, he was in Aberdeen. It wasn’t a happy time. But in retrospect, Joseph appreciates the compact in which emotional turmoil fuels creativity. “Boned, loaned, owned,” she sings on “Mouths Full Of Blood”, “Broken like bread made out of shit you said.” It is not, by any stretch of the imagination, a traditional love song. Nor does it sound like one. But the jaggedness of the words is tempered by the music, which reels around Joseph’s vocal repetitions before allowing a gothic tinge to swell around the edges. The title track is more lyrically tender. It is, in essence, a love letter which swings between seduction and murmured despair. Mostly, it’s a sensual thing, all darting tongue and mouth-to-mouth resuscitation. So persuasive is the romantic argument that it almost obscures Joseph’s nagging inner voice. “How do I let go of all this fucking love,” she sings, and then – a beat later – “and all the doubt?” The negotiations continue on “Tell My Lover”, a mordant tale of guilt and witchcraft stitched onto a spin-painting of minimalist piano.

There are for Joseph, hidden meanings, as you’d expect from a work which reads like a journal written to be thrown into the sea. That hesitant piano at the start of the album, battling against a gale of white noise, is played by Joseph’s partner – secretly recorded. It ushers in a prayer. And the child’s voice at the start of the closing song, “^^”, is Joseph’s daughter, Eve (now almost seven, then aged four) reciting a poem about winter and spring. The tune is a beauty, a hymn of emotional resolution delivered from inside a diving bell of despair. The acoustics are good. “She’s in my heart,” Joseph sings, “he’s in my blood, and I am made full.”