Grateful Dead – Anthem Of The Sun 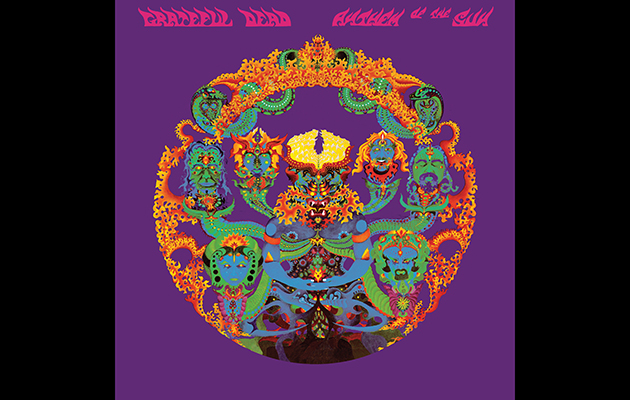 In 1967, the ‘live-first’ rock band was something of a novel concept. Acts still made their fame off studio recordings,  and if there was a tour, it was largely a promotional junket, with short sets drowned out by screaming teens. The Grateful Dead were among the first bands  to flip that equation, developing an onstage sound that then had to be poured backwards  into an LP mould.

Anthem Of The Sun was their first attempt to solve this dilemma, a dense hybrid of studio and live that tried to capture the strange new sound they were assembling on the West Coast. The result was an experimental record, in the truest sense; one that fails more often than it succeeds, but always in interesting and instructive ways.

The 50th-anniversary edition of Anthem, comprising two mixes of the album alongside a 1967 live set, underscores the project’s weirdness and technical achievements. At a time when cuts literally involved scissors and tape, the whiplash blending of studio and stage performances – sometimes within a single line of lyrics – is an unacknowledged ancestor of today’s much more user-friendly audio collaging techniques.

Thanks to the addition of Phil Lesh’s  music-school buddy Tom ‘TC’ Constanten,  the Dead were also at their musiquest concrètest on Anthem, deploying prepared pianos, kazoos, feedback and, most infamously, “thick air” recorded in the  desert and on Los Angeles streets.

So where multiple album mixes can often be a pedants-only bonus feature, the two editions included here differ in recognisable and fascinating ways. The original version and its better-on-paper decisions – two Grateful Deads jamming simultaneously! Studio Bob Weir double-tracked with Live Bob Weir! – is an over-serving of sound, exacerbating the fussy songwriting of the record’s first side. That all got a welcome smoothing out in a 1971 remix led by bassist Lesh that was unavailable in digital formats until recent pricey boxsets.

The bonus live disc spotlights a more linear Dead via an October 1967 show at San Francisco’s famous Winterland Ballroom, historically significant as the earliest known document of second drummer Mickey Hart. While Hart’s ethnographic approach would eventually  add still another ingredient to the Dead’s ultimate hodgepodge, it mostly just doubles  the propulsion on this set, which finds the  band still moulting off its garage-rock and  blues-vamp origins.

The Dead would later apply a lighter version  of the Anthem formula to produce their two most accurate documents, Live/Dead and Europe ’72, which blended shows and, in the latter case, liberally applied overdubs to create an idealised home version of the live experience. While Anthem lacks the subtlety and songwriting of those efforts, the expanded form of its chaotic splicing experiment aptly bottles the fractal disorientation of their earlier stages.