The Flaming Lips – Seeing The Unseeable 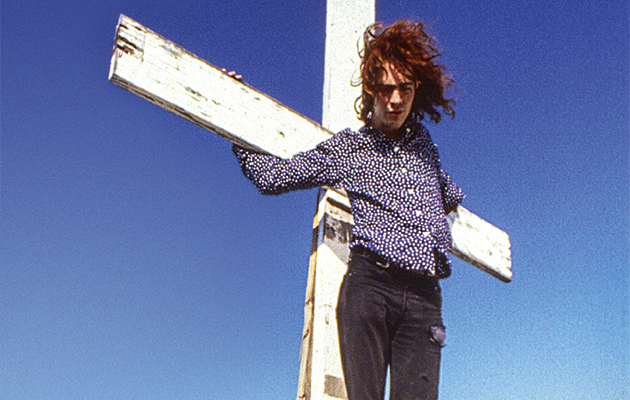 If one thing has characterised The Flaming Lips’ music across its 35-year development, it’s a kind of playful extremism. Detractors would claim that the Oklahoman vets are now infra dig, citing their shift away from psychedelia/punk to singalong pop, their love of kids’ party theatrics (glitter cannons and the like) and, in particular, their association with Miley Cyrus. Releasing an album on four CDs to be played simultaneously (1997’s Zaireeka) might have been self-indulgent, but it was experimentally credible. Recording with Cyrus was inexcusable even as a post-modern jape, because irony has never been in the Lips’ arsenal. They’d crossed a line.

However, the Cyrus collaborations made complete sense to anyone who’d been paying attention from the start. The Flaming Lips have been shaped by their genuine thirst for the new and their tireless, why-the-hell-not enthusiasm, by a drive for deep audience connectivity and capacity for transcendent glee. But although they’ve cheerfully embraced populism, they owe much to an underground, art-punk trio from Oklahoma City called The Hostages, who showed them how to be a band and remain a touchstone still. “If you saw and heard them, you would think they were fucking insane,” Wayne Coyne explained to Uncut. “But we knew them. And even though their music and live show was insane, they as people were very normal and nice. We thought we could be like that – make freaky records and play freaky shows even though we knew we were normal dorks.”

If that freak factor tapers off as grunge begins to make its mark and a 1991 deal with Warners looms, it’s still very much in play across this 6CD boxset. A reminder that in their earliest days the Lips straddled hardcore/punk, psychedelia and classic melodic rock, Seeing The Unseeable documents their Restless years, from 1986–90. It’s part of a flurry of recent reissue activity that includes their first, bona fide greatest hits album and Scratching The Door, 19 songs recorded by the band’s original lineup that comprise a companion volume to this collection. Seeing… is a massive beast – 72 tracks, remastered by Coyne, bassist Michael Ivins and producer Dave Fridmann – that might intimidate even devout fans, but dipping in and out is both highly entertaining and accidentally instructive: sticking a pin in pretty much anywhere throws up surprising sympathies, striking contrasts and weird-beard curiosities.

Hear It Is, from 1986 (on which Wayne Coyne took over vocal duties from his brother Mark) is their full-length debut and sees the band aligned with college-rock peers like Pixies, REM and Hüsker Dü. It offers up “Jesus Shootin’ Heroin”, a mix of stoner-prog and Black Francis-indebted alternative rock that stretches past seven minutes, followed by a radical tempo switch and obvious nod to The Stooges in “Just Like Before” and a further change for the slo-mo, mutant paisley rock of “She Is Death”. Just one year later they released Oh My Gawd!!! – during the recording period Coyne and Ivins were experimenting with sleep deprivation, which might well explain the chaotic mix of The Who and Hüsker Dü that is “Everything’s Explodin’” and the Floyd-indebted “The Ceiling Is Bendin’”. Ditto piano-hammered epic “Love Yer Brain”, which throws forward to the sweeping, melodic panoramas that have come to define present-day Lips, but offsets its poignancy with a two-and-a-half-minute demolition of said instrument.

On 1989’s Telepathic Surgery, the band cut loose with odd, collage-like interludes and went on a genre-hopping rampage. Here are “Chrome Plated Suicide”, indebted both for its vocal melody and guitar chords to “Sweet Child O’ Mine”, and “Hell’s Angels Cracker Factory”, 23 minutes of unapologetically wayward space/art rock, tricked out with samples of an opera singer and a motorcycle revving. The last complete album reissue here is 1990’s In A Priest Driven Ambulance (With Silver Sunshine Stares), where tape loops and effects play a major role and guitarist Jonathan Donahue makes his debut, alongside new drummer Nathan Roberts and Dave Fridmann. The filthy, monstrously fuzzed “Mountain Side” and a sweet stoner remake of “(What A) Wonderful World” represent just two facets of the heroically protean Lips, whose inability to settle on one sound was then part of their identity.

The remaining two discs of this sprawling cornucopia feature B-sides, rarities, flexi-disc and compilation releases, which yield treasures like Coyne’s faithfully cracked-voiced rendition of “After The Goldrush” and, from the Mushroom Tapes set of demos, “Agonizing”, a Suicide-attuned jam featuring waves of echo and feedback with cardboard-box beats and whiny-voiced lyrics about an auto accident. How they got from there to “Waitin’ For Superman”, you imagine even The Flaming Lips have trouble explaining.