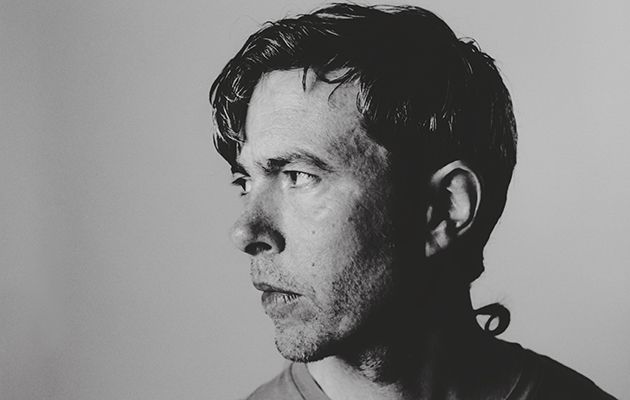 Bill Callahan’s parents were national security operatives – language analysts; secrecy is in his blood. While he has produced a huge catalogue of supremely affecting music in the past 30  years, Maryland’s master of minimalism could  never be accused of oversharing. Over 17 albums –  the first 11 as Smog, the latter six under his own name – the 52-year-old has developed an uncanny knack of speaking volumes by giving very little away, his songs an inscrutable mix of allegory, desert-dry humour and plausible personal deniability. The mildly prurient fascination in the indie community with his past romantic dalliances – with the late Cynthia Dall,  ’zine queen Lisa Crystal Carver, Chan Marshall (aka Cat Power) and Joanna Newsom – stemmed at least in part from how little he revealed about any of them.

Contrast that to the twinkly “Son Of The Sea” – one of the most immediately arresting songs on his first album in five years – where Callahan fills in his audience on exactly what he has been doing since the release of 2013’s amorous Dream River: “I got married, to my wife, she’s lovely, and I had a son.” This from a man who, when Uncut visited him at his home in Austin, Texas, five years ago, bridled at admitting to any new love in his life, and even hemmed and hawed over confessing – despite overwhelming evidence to the contrary – that he owned a bicycle.

A kind of hand-whittled Astral Weeks shot through with therapy static, the 20-track Shepherd In A Sheepskin Vest is without doubt the most revealing record of Callahan’s uniquely uptight career; at times it documents his marriage to filmmaker-turned-psychotherapist Hanly Banks, and their life with toddler Bass (as in the fish, not to rhyme with “pace”) with luminous candour. He depicts the sounds of Sesame Street drifting through an open door to interrupt his reverie on the summer-love sensation “Confederate Jasmine” (“Grover counts to 50 in the other room sweetly forlorn,” he sings). Meanwhile, the one-time nightmare prowler of Smog’s 1997 anti-hit “Ex-Con” embraces suburban life with heavenly gratitude on “What Comes After Certainty”: “I never thought I’d make it this far, little old house, recent model car/And I’ve got the woman of my dreams, and an imitation Eames.”

However, if Callahan now  has somewhere comfortable  to sit, he does not rest easy. Shepherd In A Sheepskin Vest’s central concern is not domestic bliss, but what comes next; the need to be a grown-up, to resolve your own issues rather than leaving the next generation to deal with them. It’s also a much less expansive-sounding work than its immediate predecessors, 2011’s American apologia Apocalypse and the humid Dream River. Those records were cavernous, echo laden; this one is decidedly small scale. Callahan took the opportunity to overdub lots of tiny details onto these songs – plinky-plonk thumb pianos, New Age keyboards, ghostly washes of lap steel – but despite a substantial supporting cast, in the main it is just him and his guitar. That sense of returning to something simpler is evident from the start; opener “Shepherd’s Welcome” begins with the tell-tale tape hiss of Smog’s very first, straight-to-C60 recordings from the early 1990s. “It’s been such a long time, why don’t you come on in,” Callahan sings, nervously ushering in a former self.

Contentment has seemingly left Callahan wondering why he spent so long being unhappy. “The past never gave me anything but the blues,” he sings on “Young Icarus”, while he pokes a screwdriver into some more of his damaged 20-something wiring on the impish “The Ballad Of The Hulk”, questioning why he bottled up his feelings for so long. It’s a theme he returns to on the primary-coloured “Tugboats And Tumbleweeds”, a compendium of fatherly advice to his young son which Callahan told Uncut was also addressed to “baby Bill”. Have fun, he recommends, but know yourself, and – as he explains in a glorious tumbling verse that may be a veiled apology to past romantic partners – “Don’t let yourself get so blue that you make rash decisions for two/Else you’ll harm yourself and another who mistook you for a guide.”

The death of Callahan’s mother prompted further reflections. His songs have long hinted at a complicated relationship with his parents; the cruel father who dashes his son’s dreams  in 1995’s “Bathysphere”, the exploded nuclear family depicted on 1997’s  “Red Apple Falls”, the cold comforters  of 2005’s “Rock Bottom Riser”. His mother’s passing clearly informs the cosmic arrivals and departures of airy fantasia “747” and his sonorous version  of the traditional “Lonesome Valley”,  as well as the ominous “When We Let Go”. The quiet, tender “Circles”, meanwhile,  is a suitably restrained farewell to a  parent who, as Callahan suggested  to Uncut, might not have welcomed anything more showy.

However, if there is direct communication on Shepherd In A Sheepskin Vest, there is plenty of mystifying babble, too, 4am scratchings from Callahan’s dream diary. A Jungian analyst might be more useful than a lyric sheet in deciphering “The Black Dog On The Beach”, with transcendental hoe-down “Watch Me Get Married” anything but a peer at Callahan’s wedding snaps. The angry “Released” and the gloomy “Camels”, meanwhile, are unwieldy meldings of politics and philosophy that seem better suited to the outsider art of Callahan’s Smog years than his more professorial, Nick Cave-ish 2010s metier.

Quality control, though, doesn’t seem like Callahan’s main priority; having felt at one stage that fatherhood was the end of him as a writer (“Giving birth nearly killed me,” he half-jokes on “Son Of The Sea”), there is a sense – especially on the pretty “Writing” and the jugband chug of “Call Me Anything” – that he is just delighted that he  is a functioning artist again. As a result, Shepherd In A Sheepskin Vest feels like a loosely curated splurge, art reflecting the messy realities of his new life.

However, for all of its cosmic positivity, and Callahan’s newfound sense of connectedness, it ends on a very unsettling note. Closer “The Beast” crawls from the light of boundless love toward an ominous darkness. A disembowelled approximation of “Good Morning, Captain” – the apocalyptic closing track on Slint’s post-rock monolith Spiderland – its gushing opening statement (“Sky change the sea, love changed me”) gives way to something altogether more troubling.

From the uplands of happiness, Callahan sees the gravestones in the valley below “look like teeth”; a shapeless, unnamed beast sleeps at his feet, but someday must wake. His voice takes an ominous turn in the final moments; always restrained, controlled, suddenly something is shifting. There is half an animal growl somewhere within as he intones the record’s final werewolf mantra: “Release beast, release beast, release beast.”

If Callahan has been domesticated, that untamed force still lurks within him. Parts of his soul have opened up to the universe on Shepherd In A Sheepskin Vest, but plenty of areas remain cordoned off, unknowable. This sprawling, beguiling collection strives to reveal all, but every answer brings more questions. One way or another, his chilly mystery persists; as Callahan puts it himself on “What Comes After Certainty”: “Though plain to see still hard to read.”