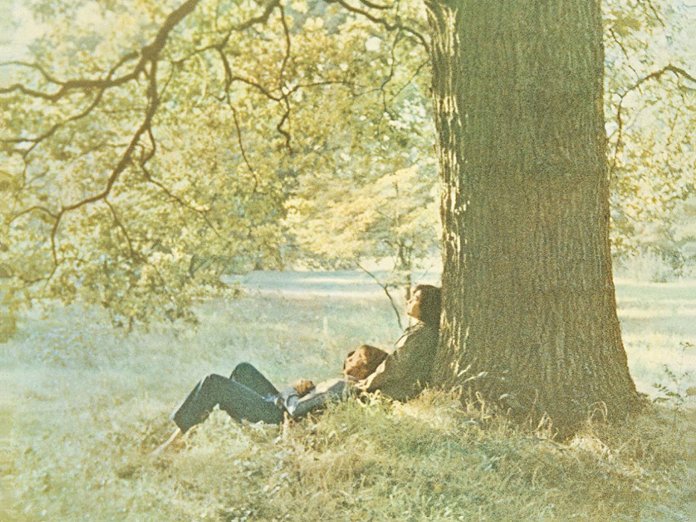 For John Lennon’s 30th birthday, Yoko Ono presented him with a sensory box. Fingers could be inserted into holes containing different materials: liquid, say, or a spike. It was a hit, though you’d be forgiven for thinking the birthday boy might’ve preferred something less surprising.

After all, it’d been a turbulent old year. The Beatles were over. Lennon and Ono had embarked on primal scream therapy, during which Lennon had examined his feelings of abandonment and his grief over his mother’s death. To top it all, he had been unexpectedly reunited with his estranged father Alfred; they celebrated his 30th at Tittenhurst Park, an event that ended with Lennon Jr threatening to kill Lennon Sr.

By that point he was halfway through the recording of his first solo album: a visceral monument to his pain, it marks the peak of the confessional songwriting style he’d dabbled with since 1964’s I’m A Loser, and which had now become his sole métier. At points it feels closer to modern art than music. That’s not just down to the presence of Yoko Ono on “wind”: this is a record you delve into occasionally, when you need to feel something. It wouldn’t be seen dead hanging around with McCartney.

Fifty-one years after its release, it’s now reincarnated as an eight-disc super deluxe boxset comprising 11 hours of material, all newly mixed and a huge tranche of it previously unreleased. The ultimate mix CD presents the original in all its tenebrous beauty, leavened at times by a soulful feel, like deconstructed gospel on God and Mother. Then there’s the following set of themed CDs, all with the standard album tracklisting plus previous singles Give Peace A Chance, Cold Turkey and Instant Karma!: outtakes, elements (new mixes highlighting a key part or two), demos, raw studio mixes and, finally, collages showing the evolution of the songs.

Fascinating changes can be charted: Hold On begins as just guitar and vocals, before Take 2 introduces a double-time beat from Ringo Starr and some nifty fills, and bass chords from Klaus Voormann. “OK, that’ll do,” says Lennon, “we don’t want to get… berserk.” Mother seems to have been the most difficult song to perfect – Take 61 features the familiar piano and wracked vocals, but by Take 91 Lennon is back strumming  guitar before eventually returning to piano. “It’s hard to believe [the lyrics] all the way through without being on junk,” laments Lennon to Starr after one aborted take.

From its acoustic-blues demo, more Southern porch than Tittenhurst terrace, “Well Well Well” is consistently thrilling – “Fucking hell!” says Lennon as the wild Take 4 dissolves into avant-garde racket, while the “elements” mix is as cacophonous and exciting as Revolution. Look At Me is also tried in a variety of ways, solo and strummed, as a full band version, and then finally in the familiar picked White Album style à la Julia.

Instant Karma! appears in a few iterations with its blanket of slapback echo absent; most enlightening is the rootsy, Stax-like studio demo with George Harrison on nimble lead guitar. The elements mix of Cold Turkey, meanwhile, foregrounds a stunning feedback drone throughout the taut funk. Such is the volume of material here, one can forgive the low points, such as the seven practically indistinguishable versions of My Mummy’s Dead.

Despite its dark subject matter, sessions seem to have been relaxed, with rapport beautifully portrayed in the evolution documentary mixes: “You’re talking to folk-blues from the north of Liverpool, you know,” Lennon jokes when he’s asked to count in a track, “you’re not talking to fackin’ Mantovani…” Later, to Phil Spector, “They’re all very slow, except for the fast ones”; and during work on “Isolation”, “We’ll go and hear what we’re doing shall we, gang, before we turn into Edmundo Ros and his jazz quartet.” Particularly touching is Lennon’s scream of “George!” when Harrison enters the studio on his birthday.

The rarest jewels, though, lie in the two outlying discs. The “jams” disc presents, in chronological order, between-take improvisations from Lennon, Starr and Voorman, from a hilarious parody of three Elvis Presley songs to snippets of Get Back and I’ve Got A Feeling.

Of course, Yoko Ono also made her own Plastic Ono Band record – Lennon told Rolling Stone it was “20 years ahead of its time”, but it’s even further out than that – and the final disc, a packed Blu-ray, presents the epic October 10 sessions in full. Eighteen minutes long, Why is electrifyingly modern, predicting Funkadelic and Neu!, while the 16-minute Touch Me and 21-minute Why Not find Lennon showing off what he called his “cinéma vérité” slide guitar style and Ono conjuring up the most otherworldly sounds to whip on Lennon, Starr and Voormann. Unreleased jams Life, Omae No Okaa Wa and the freeform I Lost Myself Somewhere In The Sky are also prescient, the former eerily Can-like in its cyclical beat, high bass guitar and echoed, abstract wails. Unlike Lennon’s anguished record, Ono’s work here is life-affirming, her pain reborn as transcendence.

Honesty would, for better or worse, remain Lennon’s policy for the rest of his career, but he would never make anything quite like John Lennon/Plastic Ono Band. As much of a sensory box as a pop record, it remains as arresting and difficult as it was 51 years ago. And, as the man said, that’s reality.