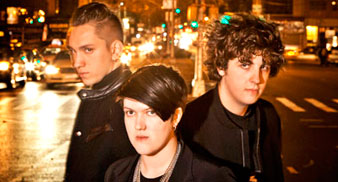 Scroll down and click below to hear his version of the theme, which was originally composed by George Fenton.

Smith appeared as a guest on the programme on Tuesday night (February 15), talking to host Jeremy Paxman about the art of remixing. It is not the first time he has appeared on the show, having played on it with The xx following last year’s UK general election.