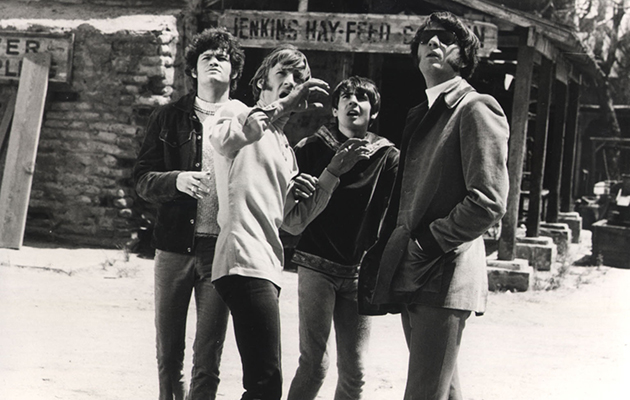 The Monkees talk us through their albums in the new issue of Uncut – dated August 2015, it’s on sale in UK shops and available to download now.

In the piece, Micky Dolenz and Peter Tork explain how they were essentially a garage band, recall making the film Head with Jack Nicholson and discuss the reasons they split after just a few productive years.

Talking about the group’s unheard recordings, Dolenz explains that there are still unreleased songs in the archives.

“When the [TV] show was on the air,” he explains, “they wanted at least a couple of new songs every week, so the producers and us were told, ‘Just get in there, and make stuff!’

“So we ended up with a library [of songs], and there’s really good stuff to this day still sitting in the vaults.”

“Going our separate ways was a grave disappointment to me,” says Peter Tork. “I was hoping we had something as a band, but I didn’t know how to make it happen.”