Send us your questions for Billy Gibbons 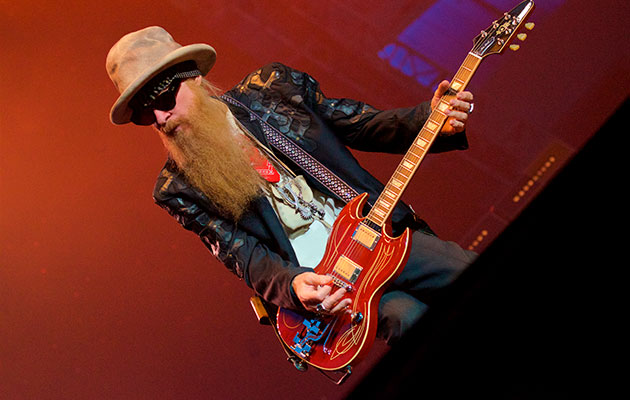 Even since he pulled a single pick-up Gibson Melody Maker out from under the family Christmas aged 13, Billy Gibbons has been bound to the blues.

While his first proper band, Houston’s Moving Sidewalks, dealt in late-60s psychedelia while mixing it with Hendrix and Roky Erickson, Gibbons soon realised that his true calling was to strip rock back to its bluesy essentials. In 1969, he formed ZZ Top with the similarly bearded Dusty Hill and the confusingly unbearded Frank Beard, and never looked back – or even sideways.

Having established themselves as America’s leading exponents of good-time electric blues – with an occasional Tex-Mex twist – ZZ Top outflanked most of their peers by embracing synths and making the seamless transition into 80s MTV superstars, without neglecting their roots. They’ve now released 15 albums and shifted more than 50 million units worldwide, becoming the longest-running major US rock band still consisting of original members.

At the heart of all, Gibbons has proved himself to be a shrewd operator, smart enough to keep it simple, never losing sight of his original passions. In fact, his new solo album – The Big Bad Blues – is very much a love-letter to the “down an’ dirty” blues, featuring versions of songs by Muddy Waters and Bo Diddley alongside his own tributes to that sound. He’s still clearly enjoying himself immensely.

So what would you like to ask one of rock’s most genial survivors, a passionate advocate of both hot-rods and hot sauce?

Send your questions by Wednesday August 8 to uncutaudiencewith@ti-media.com – the best ones, along with Billy’s answers of course, will be published in a future issue of Uncut.