Send us your questions for Bat For Lashes!

...after hearing her new single, "Feel For You" 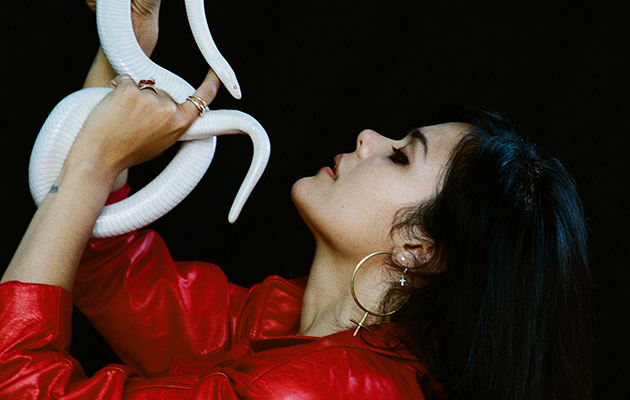 Next to host an Audience With session for Uncut is Natasha Khan AKA Bat For Lashes, who’ll be patiently fielding your enquiries in a future issue.

Since emerging in a haze of fur and gold in the mid-2000s, Bat For Lashes has established Khan as the UK’s premier exponent of magical electro-folk-pop, with three of her four albums being nominated for the Mercury Prize.

New album Lost Girls – released by AWAL Recordings on September 6 – swings back towards the emotional 80s synth-pop sound essayed on 2009’s “Daniel”, but retaining the stately sweep of her last album The Bride. Hear the new single “Feel For You” below.

Outside Bat For Lashes, Khan – the scion of a Pakistani squash dynasty, no less – has collaborated with techno producer Jon Hopkins, explored her shamanic side as the frontwoman of Sexwitch, and she recently won an Ivor Novello award for her soundtrack to the TV drama Requiem.

So what do you want to ask? Send your questions to audiencewith@uncut.co.uk by Tuesday (July 30) – please note the new email address – and Natasha will answer the best ones in a future issue of Uncut.

Uncut: the past, present and future of great music.</strong