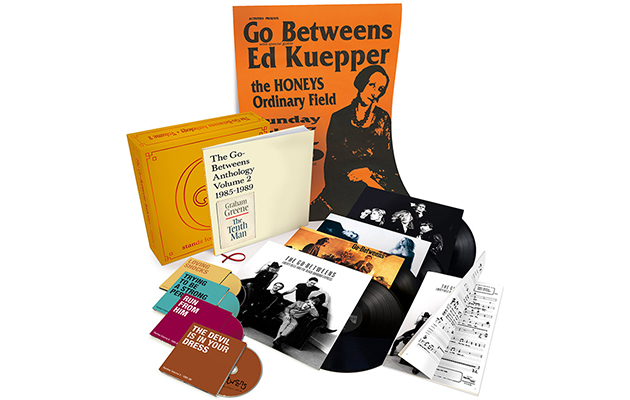 The second of The Go-Betweens’ comprehensive, career-spanning box sets has been announced for release by Domino on December 6.

G Stands For Go-Betweens: Volume 2 – 1985-1989 contains remastered vinyl editions of Liberty Belle And The Black Diamond Express, Tallulah and 16 Lovers Lane, plus an 18-song double LP of the band performing live at London’s Town & Country Club on May 10, 1987.

Additionally, the set comes with five CDs of B-sides, radio sessions and rarities, including the 28 demos that Grant McLennan and Robert Forster recorded with Tony Cohen for what was supposed to be the group’s seventh album, before they split at the end of the 1980s.