The reclusive genius’ contemporary dance soundtrack is released in September 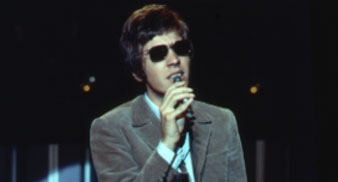 Scott Walker is to follow up last year’s “The Drift” with a new instrumental album this September.

The piece was choreographed by Rafael Bonachela and performed by dance group Candoco in Manchester last April.

“And Who Shall Go The The Ball? And What Shall Go To The Ball?” consists of four movements lasting a total of 25 minutes, and, according to Walker, “is full of edgy and staccato shapes or cuts, reflecting how we cut up the world around us as a consequence of the shape of our bodies.”

According to Walker’s label, 4AD, the album will be released as a limited edition pressing featuring deluxe packaging, and will never be pressed again.

The dance piece will be performed at the following shows: