Ron Wood: “My whole career was like one long audition to join The Rolling Stones” 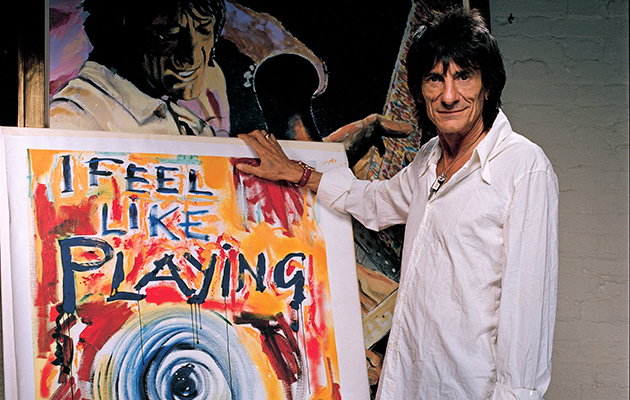 Ron Wood recalls his early days on the London beat scene in the new issue of Uncut, out now.

The Stones and Faces guitarist remembers his time with The Birds and seeing The Rolling Stones around on the London scene.

“You’d see the Stones around and my ambition was always to be one of them. I never thought The Birds would be the next Stones. They were just a stepping stone. The limitations were obvious and it was no surprise when it ground to a halt. It was a great learning curve… but I had higher ambitions.

“Sometimes I feel that my whole career with The Birds, Jeff Beck and The Faces was one long audition to join The Rolling Stones. I still think of myself as a fan as much as a bandmember. When I first heard their stirring music coming from the tent at the Richmond Jazz And Blues festival in 1963 something happened inside me and I knew that was the band I wanted to be in.

“The thought of being in the Stones is what gave me the drive to carry on. It was the atmosphere that lured me as much as the music, the raggedness, the glory, the image – it looked like a good job.”

Wood is releasing his diaries from the ’60s as How Can It Be? A Rock & Roll Diary, out in May in a limited run of 1,965 signed copies.

The new issue of Uncut is out now