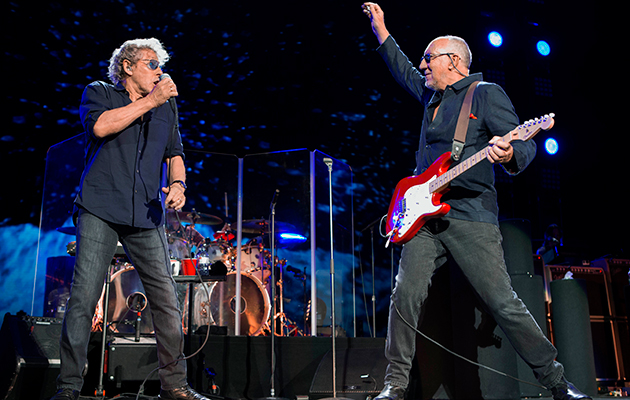 The Who have confirmed that they are putting the finishing touches to an as-yet-untitled new album, due for release later this year.

Commenting on what can be expected from the band’s first new album in 13 years, Pete Townshend says: “Dark ballads, heavy rock stuff, experimental electronica, sampled stuff and Who-ish tunes that began with a guitar that goes yanga-dang”.

Talking in more detail about the genesis of the album to Rolling Stone, Townshend reveals: “I said I was not going to sign any contracts [to tour] unless we have new material. This has nothing to do with wanting a hit album. It has nothing to do with the fact that The Who need a new album. It’s purely personal. It’s about my pride, my sense of self-worth and self-dignity as a writer.”

Townshend goes on say that he’s received an amazing response to his new songs from everyone… except Roger Daltrey. “I had to bully him to respond and then it wasn’t the response I wanted. He just blathered for a while and in the end I really stamped my foot and said, ‘Roger, I don’t care if you really like this stuff. You have to sing it. You’ll like it in 10 years time.’”

The Who have announced that they will support the album with a tour of the USA, backed by a full orchestra. Dates are yet to be announced but venues are set to include Madison Square Garden and The Hollywood Bowl.

Says Daltrey: “Be aware Who fans! That just because it’s The Who with an Orchestra, in no way will it compromise the way Pete and I deliver our music. This will be full throttle Who with horns and bells on.”

Details of European shows will be announced soon.