Barrow also gives an update on the Portishead album 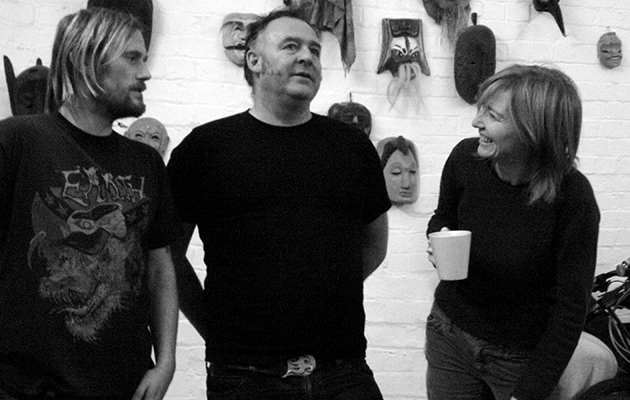 Portishead’s Geoff Barrow [left, in photograph] discusses his upcoming soundtrack and the current state of the band’s next album in the new issue of Uncut, dated May 2015 and out now.

Barrow has recently teamed up with composer Ben Salisbury to create the soundtrack to Alex Garland’s directorial debut, Ex Machina, and reckons that soundtracks are more vital right now than traditional groups.

“Not being funny, but soundtracks are more interesting than bands now,” says Barrow. “The people buying soundtracks are the same people that would buy a Godspeed record, a Boards Of Canada record.”

Barrow also shed light on the progress of Portishead’s next album, admitting that the band were “nowhere near” finishing the record, but that his other projects healthily feed into the band’s way of working.

“With Portishead, I’m massively over-analytical – it’s like being stuck in glue,” admits Barrow. “But then you go work on something else and think, this could be a good way of writing a Portishead record.”