Pixies on Surfer Rosa: “A step into the loudness” 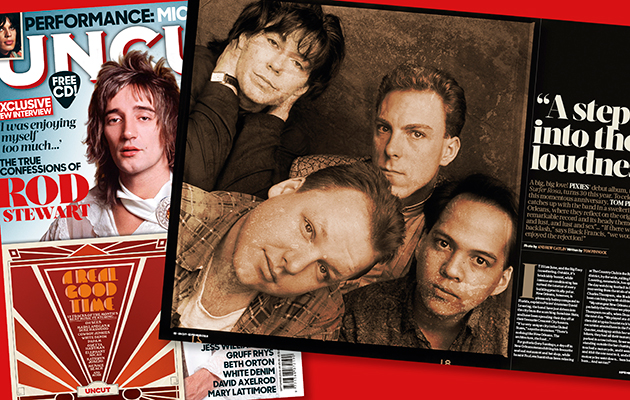 To celebrate the 30th anniversary of Pixies’ potent debut album Surfer Rosa, the latest issue of Uncut – on sale now! – features a brand new interview with the band in which they look back at the making of their first classic.

“We were coming from little amps and a lot of dinky acoustic guitar,” says Charles ‘Black Francis’ Thompson, referring to Pixies’ previous release, the Come On Pilgrim mini-LP. “But when we came to Surfer Rosa we had $10,000 all told, so we were able to go to a better studio and get bigger amplifiers – we had Marshalls. That was nice, because we never really had access to the big volume before, and the record represents that – a step into the loudness.”

Producer Steve Albini is credited with coaxing a powerful, honest sound from the band, as well as capturing their edgy interplay. “The conversational tangents they would go off on were funny, and charming,” remembers Albini, “so when they were doing something interesting, I would roll tape.”

“Every recording session is like a snapshot of where the band is at the particular time,” adds Thompson. “Steve Albini was responsible for some blown-out sounds, and there’s a really heavy dose of quirkiness. That vibe was very successful. I feel that’s why it’s our most charming record.”

Although Pixies would go on to create more complete and commercially successful albums in the form of Doolittle and Bossanova, Thompson feels that Surfer Rosa was unique. “We’ve never been able to achieve that loose vibe again,” he says. “It’s hard to recreate a situation or recreate yourself the way you were back then. You can try, but at some point the trying starts to sound like you’re trying.”

Read much more from Pixies in the new issue of Uncut, with Rod Stewart on the cover – find it in the shops or order your copy here.