McCartney on Lennon: “He was a very warm guy actually”

Macca punctures some Beatles myths in a new NME interview 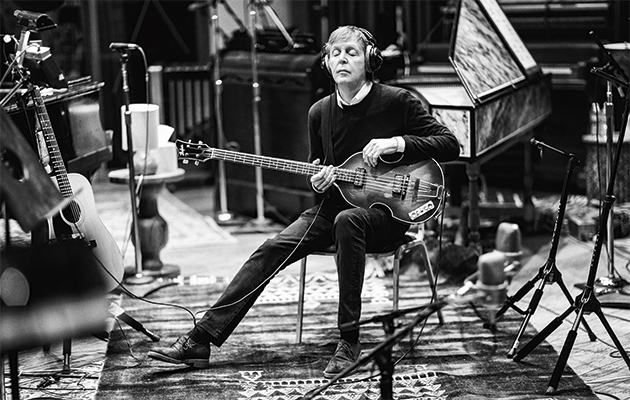 Paul McCartney is the subject of NME’s latest Big Read, giving a wide-ranging interview in which he discusses Trump, social media and the “schoolboy stuff” of his new single “Fuh You”.

He also takes the opportunity to address a couple of myths surrounding The Beatles that have built up over the years. Talking about writing with John Lennon, he insists that their working relationship rarely became caustic or bitter.

“Working with John was great,” he says. “John definitely did have those withering putdowns, you know, but it was two percent of who he was and it’s the two percent people remember. Most of the time he was very generous, very loving, very easy to work with. But both of us had this sardonic streak that we could bring to each other’s things. I’m writing, ‘It’s getting better all the time’ and he chips in with, ‘Couldn’t get much worse’. And the song keeps moving ahead because of that. But he was a very warm guy actually, John. His reputation, cos of things like that, has gone a bit the other way.” 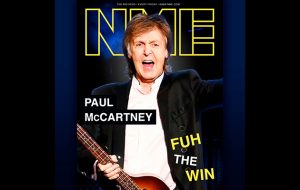 Rationalising The Beatles’ split, he says: “Brothers argue. Kids argue with their parents. And that’s sort of what we were doing – it was brothers arguing. At the time it was very sad. But I can look back on it and go, do you know what, even though it was really sad, and really crazy times, we made bloody good albums.”

At his recent homecoming show at Liverpool’s Cavern Club – which you can watch footage of below – McCartney closed his set with “Helter Skelter”. He says its appropriation by Charles Manson “put me off doing it forever… it would have seemed like I was, either I didn’t care about all the carnage that had gone on or whatever, so I kept away from it for a long time. But then in the end I thought, you know, that’d be good on stage, that’d be a nice one to do, so we brought it out of the bag and tried it and it works. It’s a good one to rock with, you know.”

Does he go along with the idea that “Helter Skelter” is the first heavy metal song? “No! I’ve never claimed it, you know. People said it, but, if you think about it, it was near the start of heavy metal, and it was us trying to be heavy. I’d heard Pete Townshend saying they’d done the dirtiest, filthiest record ever, so we were trying to out-filth The Who. So if that communicated itself, there might have been some little guy living up in Rotherham thinking, Aye, we’ll have a group, we’ll just do that.”

Read the full NME interview with Paul McCartney here. You can also read a review of his Cavern show in the current issue of Uncut, on sale now.