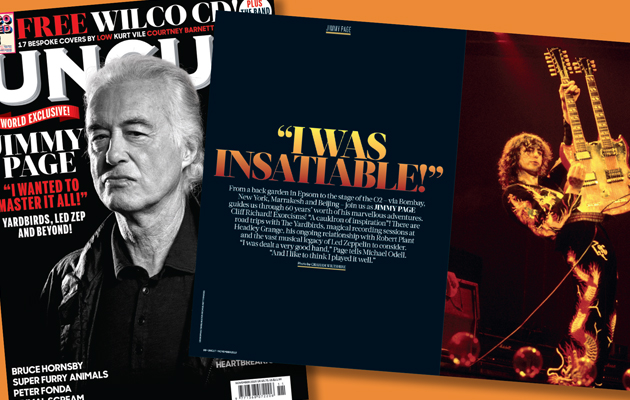 Jimmy Page is the cover star of the new issue of Uncut, in UK shops now or available to order online by clicking here.

In an exclusive, wide-ranging interview with the legendary guitarist, the topic of Led Zeppelin’s brief 2007 reunion – and Robert Plant’s supposed disinclination to tour further – is broached, with Page suggesting that he personally would have liked to play more shows.

However, he claims not to harbour any frustration about the episode. “John Paul Jones, Robert and I learnt a harsh lesson in the ’80s,” says Page. “The band is not just something that falls back into place after a pub lunch. I think it’s fair to say that we had a couple of disasters from which we learned valuable lessons.

“One was Live Aid. We performed in front of a global audience after an hour-and-a-half rehearsal! We assumed the spirit of the event would carry us through, but it didn’t. It was chaos. The other was the Atlantic Records 40th birthday [Madison Square Garden, 1988]. We flew in and had such terrible jet lag we should’ve been tucked up in bed, not on stage.

“So when it came  to the O2 reunion we took the whole thing very seriously. We didn’t do a warm-up gig but we  took every other precaution. It was extraordinary. And, yes, being match fit, it would have been nice to do more. But for one reason or another, we lost the momentum. There was willingness to play from John and me. But there you are…”

You can read much more from Jimmy Page in the new issue of Uncut, in UK shops now with his face on the cover and a free 17-track Wilco Covered CD!