Kim Gordon: “There was no blueprint” 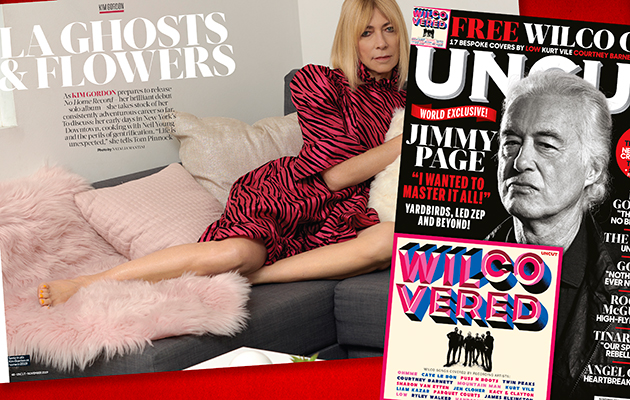 The new issue of Uncut – in UK shops now or available to buy online by clicking here – features an interview with Kim Gordon about her long-awaited debut solo album, No Home Record.

It finds Gordon reconnecting with her love for hip-hop, as well as combining no wave noise with brash electronic beats while reflecting “the madness of the times and the strangeness and the sadness,” according to fellow traveller Steve Gunn.

“I never professed to be a musician,” says Gordon. “I got into it being inspired by no wave bands, so it’s the only kind of record I could make. My friend, the poet Elaine Kahn, wrote my bio, and she said my music isn’t something you listen to, as much as experience.”

“When you make a solo album it’s a different mindset,” says Gordon’s friend J Mascis. “The limitations of a band are not occurring. Kim was never technical or anything – she’s a feel-oriented player.”

“Kim has this incredible use of language and  a playfulness to what she does,” adds  Steve Gunn. “I think she really utilised that  with this record. She’s developed her own syntax  and style. And it’s really her.”

“I’m pretty much a minimalist,” confirms Gordon.  “I always liked hip-hop, but I didn’t wanna do a  hip-hop record. I was really inspired by Cardi B –  I remember when I first heard that song, ‘Bodak Yellow’, I was like ‘This is so punk.’ I loved the  spirit of it.

“I just intuitively felt my way through writing and recording,” she explains of No Home Record. “In the back of my head I always wanted to make a weird  jazz record, but I didn’t really know how to go about that, and it didn’t go that way! There was no blueprint – it was like, ‘I’m just gonna do this, who cares?’ It  just happened.”

You can read much more from Kim Gordon in the new issue of Uncut, out now with Jimmy Page on the cover.