Supernova update of our classic UMG 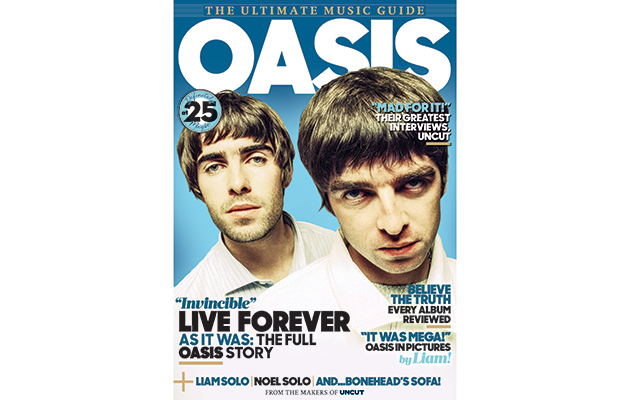 My main memories of Oasis‘ imperial phase are less to do with the music but, rather curiously, more about lingering transport issues. I’d like to say I have splendidly resonant memories of Knebworth; alas, all I really remember is getting lost in an inadequately signposted makeshift car park in a field. For Maine Road, it’s getting lost somewhere on the outskirts of Manchester and being hassled at a red light by some lads who offered to look after the car for £20. My memories of Earl’s Court, meanwhile, chiefly concern the difficult passage from West London with 20,000 other people on a poorly maintained District line.

Thankfully, our latest deluxe, enhanced Ultimate Music Guide is a welcome reminder of Liam, Noel and co in their youthful prime and beyond. This edition has been updated to include new writing on Liam and Noel solo, an intro and last words from Liam – and his life in pictures. Among its many qualities, the bookazine underscores the sheer speed of their ascent – “Three years from the Boardwalk to playing to quarter of a million people in a field,” notes Bonehead in the intro to the original 2014 edition of this UMG.

Oasis – Ultimate Music Guide (Deluxe Edition) in the shops – just in time for the 25th anniversary of Definitely Maybe – but you can also order it by clicking here.

And here, to whet your appetite, is more from Bonehead…

Me, Liam, Guigs and Tony had The Rain going. We had a handful of songs, but nothing that was going to set the world on fire. Noel was touring with the Inspiral Carpets, and when he got back, he got wind we were in a band. He said to Liam, “Can I come down to rehearsal and have a bit of a jam with you?” We were like “Yeah, not a problem. Send him down.”

So he came in and said, “I’ve got a few songs written, shall we have a jam through them?” We said, “Go on then.” It was like us witnessing our first Oasis concert really: “Live Forever”, “Cigarettes And Alcohol”, all these songs. “I’ve got another one…” “What’s it called?” “’Rock ‘n’ Roll Star’”. “Shit title mate, but let’s have a listen.” It blew us away, really. It was like, “hang on a minute – these are fucking songs…”

Noel’s got a heap of attitude, but he didn’t walk in like “I’ve got these songs so I’m taking control…” We spent a couple of weeks jamming. It was more a case of “Is it OK if I join your band?” “Well – yeah.” It was a bunch of mates making a racket – but a great racket. This was in a rehearsal space called the Red House in Manchester, opposite where the Inspirals had their office. It’s probably apartments now.

Then we moved on to the Boardwalk. We thought, “We’ve got something here, we need a regular space” so we moved there. We were religious in our routine. Guigs had a 9-5 for British Telecom, so he would leave there and go straight down the Boardwalk, we’d all be there shortly after. We’d do that every night, even Friday. People would say, “Come and have a beer” and we’d be like: “No. We’re doing this.” We knew we were onto something.