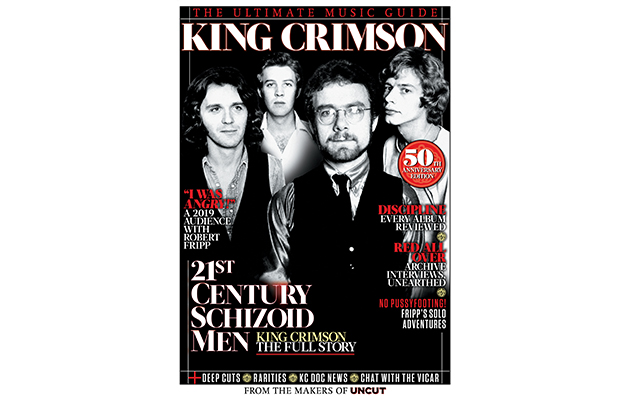 I interviewed Brian Eno a few years ago for a wide-ranging chat that encompassed, among other things, his vast repertoire of collaborators. Is there a thread, I asked him, that links artists like David Bowie, Gavin Bryars, David Byrne, Robert Fripp, John Cale… “It’s standing outside of music in some way,” reflected Eno. “Looking at it and seeing it not only as something you love and you’re passionately engaged with but as a set of experiments you could do in other ways. If you broadly divide musicians up, you have the kind who are so into a style that’s what they do – nothing wrong with that, they’re great players. Fripp, by contrast, is someone who sits outside music and thinks, ‘You could do it differently. You could have a kind of music that goes like this…’ So he invents a new, strange and very hard for most other people to play music style. John Cale is like that as well. And I’m like that.”

Eno and Fripp’s collaborative albums have been engaging, exploratory companion pieces to their main careers – from the sombre whirls of “Wind On Water” to the impossibly beautiful “North Star“. Fripp, though, whether solo, as a collaborator or with King Crimson has spent the last 50 years enjoying a career as a most singular and inventive artist – from the boundary-wrecking jazz rock of Crimson’s “21st Century Schizoid Man” through to the polyrhythmic complexities of “Thela Hun Ginjeet” and beyond.

Our latest Ultimate Music Guide – as if you hadn’t guessed by now – is a celebration of all things Crim, as the band’s 50th anniversary continues apace. Inside the magazine – which is on sale tomorrow and also available to buy from our online store – includes archive features from Melody Maker and NME, in-depth new reviews of every Crimson/Fripp album as well as a unique audience with Fripp from earlier this year. “I’ve been trying to give King Crimson away to someone else for at least 45 years,” Fripp explains. “Going back to 1974, when I was overwhelmed by the sheer terror and stupidity of the professional life in which I was involved, another direction
was speaking to me. But at the same time I felt responsible for the other members of the band, the roadies and the music…”