The innovative and influential drummer had been in hospital 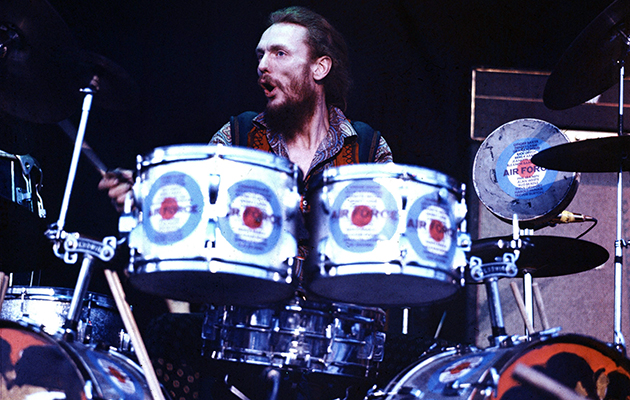 Ginger Baker has died aged 80 after a lengthy hospital stay.

News of his death was broken this morning (October 6) by his family.

We are very sad to say that Ginger has passed away peacefully in hospital this morning. Thank you to everyone for your kind words over the past weeks.

Peter Edward Baker was born in Lewisham, south London, on August 19, 1939. He started out playing jazz before joining Alexis Korner’s Blue Incorporated in 1962 – where he met bassist Jack Bruce.

The two men performed together in the Graham Bond Organisation and again in Cream, in partnership with Eric Clapton.

Cream released four albums – including the first ever platinum-selling album, Wheels Of Fire – before splitting in 1968. Baker and Clapton went on to play in the short-lived Blind Faith with Steve Winwood and Ric Grech.

Winwood and Grech joined Baker in his jazz-rock band, Ginger Baker’s Air Force. Baker moved to Nigeria in 1971, establishing the Batakota recording studio in Lagos, and began a long working relationship with Fela Kuti. Tony Palmer’s documentary, Ginger Baker In Africa, captured something of the drummer’s early exploits in the country.

He also formed Baker Gurvitz Army with brothers Paul and Adrian Gurvitz, going on to record three albums. They were the first of several short-lived supergroups Baker formed; others included a jazz trio with Charlie Haden and Bill Frisel and BBM with Jack Bruce and Gary Moore.

A Cream reunion, in 2005, ended in animosity after only seven shows. His 2009 memoir, Hellraiser: The Autobiography Of The World’s Greatest Drummer, helped Baker enjoy a personal renaissance of sorts, as did Jay Bulger’s 2012 documentary Beware Of Mr Baker, which well-represented Baker’s notoriously volatile and cantankerous qualities.

In 2013, Baker announced that he suffered from chronic obstructive pulmonary disease caused by smoking, and chronic back pain as a result of degenerative osteoarthritis.