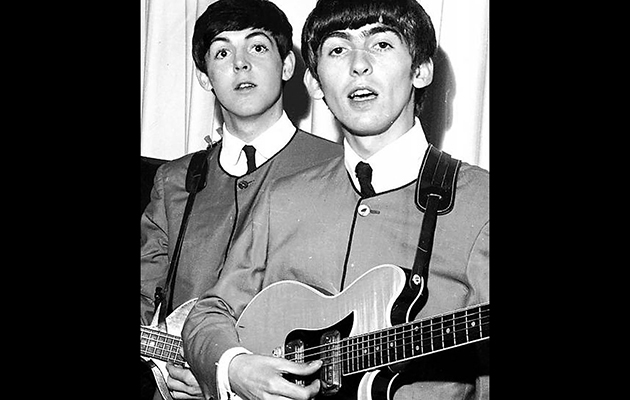 The guitar that George Harrison played at The Beatles’ last ever Cavern Club show is to be auctioned next month.

1963 Maton Mastersound MS-500 was loaned to Harrison in the summer of 1963 by Barratts in Manchester while his Gretsch Country Gentleman was being repaired.

Although his Gretsch was quickly returned, Harrison kept the Maton for a few months, playing it at concerts throughout July and August 1963, including The Beatles’ last performance at The Cavern Club in Liverpool on August 3.

Also going under the hammer is a Pink Floyd amplifier, a guitar owned by Steve Howe and an acoustic guitar used by the Bee Gees’ Maurice Gibb to compose “Jive Talkin'”.