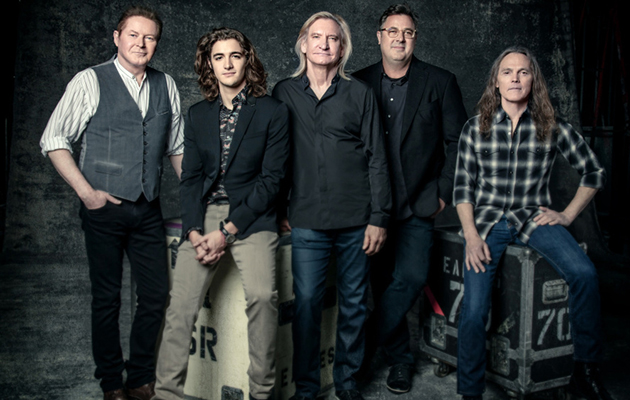 The Eagles have announced a European tour for summer 2019, including six dates in the UK.

Now consisting of Don Henley, Joe Walsh and Timothy B. Schmit, with Vince Gill and Deacon Frey, the band will visit these shores in June and July next year. See the full list of dates below.

Tickets go on sale at 10am next Friday (October 5) from here.

Prior to that, the Eagles will release a career-spanning box set called Legacy on November 2.

Legacy will come as a 15xLP set or 12xCD+DVD/Blu-Ray edition also featuring the concert videos Hell Freezes Over and Farewell Tour: Live From Melbourne. Both the CD and LP editions will come with a 54-page hardbound book.