Tributes paid to the indie singer-songwriter and artist 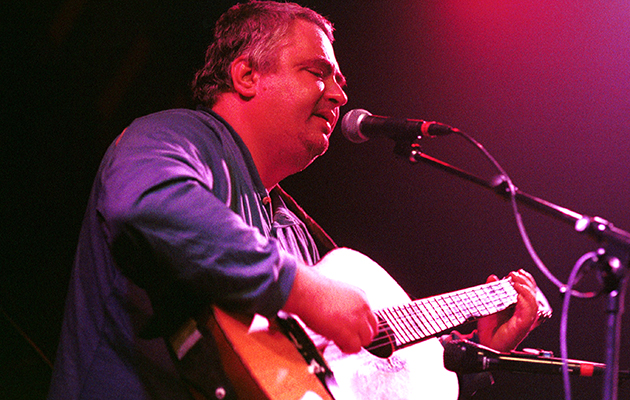 Daniel Johnston, the cult singer-songwriter and artist, has died aged 58.

Johnston passed away in Waller, Texas, after reportedly suffering a heart attack, according to his former manager Jeff Tartakov.

Raised in West Virginia, he found cult fame in the early 1980s after moving to Austin, Texas, and handing out home-recorded tapes in the street. This led to a string of indie albums including 1983’s Yip/Jump Music and Hi, How Are You; the cover art of the latter was immortalised on a mural in Austin.

His songs in this period were primitively recorded and frequently focused on his primary obsessions, including Casper The Friendly Ghost and his unrequited love for an old schoolmate, Laurie.

Around the turn of the ’90s, Johnston’s mental health deteriorated and he was diagnosed with schizophrenia. During one episode, he removed the keys from the ignition of his father’s plane mid-flight and threw them out of the window – his father managed to land the plane without serious injury to either passenger. As a result of his instability, he was committed to a psychiatric institution on numerous occasions.

The purity and painful innocence of his music and art made him a hero to many, though, including Kurt Cobain, Jeff Tweedy and Tom Waits.

Johnston signed with Atlantic in 1994, but commercial success evaded him and he was dropped by the label in 1996. A feature-length documentary, 2005’s The Devil And Daniel Johnston, brought him renewed attention.

His last album was 2012’s Space Ducks, and his final performances came in 2017, when Johnston performed around the US backed by groups including Wilco and Built To Spill.

Really sad to hear about Daniel J… he was unique and beautiful … i find it so strange he took his leave today – for reasons I can’t really explain.. I hope his destination is good fun.x

Daniel Johnston and David berman. The ultimate first car at 16 music for me. Too much. RIP the true heads. Artists to their core.

My dad introduced me to Daniel Johnston’s music & at first I didn’t know if it was meant as a joke or something else. But once I’d listened to a few songs, I heard the DNA of so many other’s work.
A unique & special human being.
Rest peacefully, Daniel.https://t.co/5m3hwEdS9G

Sad to learn of the passing of old friend Daniel Johnston. Here some video I shot of Daniel’s 1988 in-store performance at our then-favorite record store, Hoboken’s Pier Platters. The fragile brilliance of Dan’s… https://t.co/4pJJh5WwxH