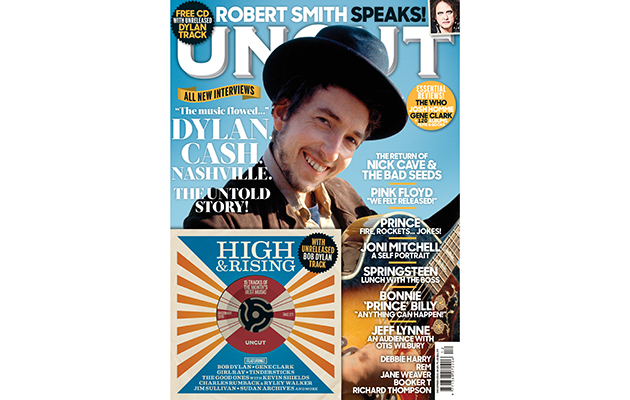 Before I introduce the issue, just a quick note about Ginger Baker. The news of Ginger’s death reached Uncut after our December issue had gone to press. As a consequence, we were unable to include a tribute this; but rest assured, we’ll mark his passing in the January 2020 edition of Uncut.

The new Uncut is in shops from Thursday, October 17 but available to buy now by clicking here

You find us, though, already busying ourselves on our end of year polls. It’s too early to start predicting what our albums of the year will be – you’ll need to come back next month for the finished poll – but browsing a personal list I’ve been keeping on my own favourite albums from 2019, I’m heartened about how much excellent new music there’s been this year. You’ll have read about much of it in the pages of Uncut, of course. This year, we’ve brought you features on younger artists including Jessica Pratt, Big Thief, Jake Xerxes Fussell, Joan Shelley and Angel Olsen, as well as introductory pieces on Hen Ogledd, Olivia Chaney, Bodega, Kel Assouf, Drug Dealer, Sunwatchers, Jamila Woods, Mega Bog, Nérija, Altin Gun and Arp. This month, we bring you Fat White Family offshoot Warmduscher – who arrive in Uncut complete with a testimonial from Iggy Pop – while among the month’s new releases there are splendid albums from Itasca, Sudan Archives and Sessa to recommend.

You’ll probably have spotted a few familiar faces in this issue, too. Among these, we’re thrilled to bring you a story not previously told in Uncut, centred around Bob Dylan’s potent hook ups with Johnny Cash in Columbia’s Studio A in Nashville. Graeme Thomson has unearthed some excellent eyewitnesses to reveal the full story of this momentous summit – and the making of Dylan’s two albums around the Cash team-up. We’re thrilled, also, to host an exclusive unreleased Dylan track on our CD, one of the highlights of the Travelin’ Thru, 1967 – 1969: The Bootleg Series Vol. 15 box set.

If the Dylan/Cash story is ultimately about two dominant cultural figures as they navigate transitionary periods in their careers, then I guess much of the issue conveniently follows a similar theme. There’s Robert Smith, mulling over the end of his band’s 40th anniversary celebrations and looking forwards towards – finally! – a new Cure album; Will Oldham, meanwhile, prepares once again to release his first new music as Bonnie ‘Prince’ Billy in eight years; Jeff Lynne contemplates an ever shifting career as a Brumbeat contender, Traveling Wilbury and beyond; Prince’s former collaborators recall an apocalypse-baiting breakthrough; finally, we find Pink Floyd reflecting on a period of intense recalibration following the departure of their principal composer…

There’s plenty more, as you’d imagine. Alas, the spreadsheet beckons, Back to those end of year charts…