Aretha Franklin: “She became greater than the greats” 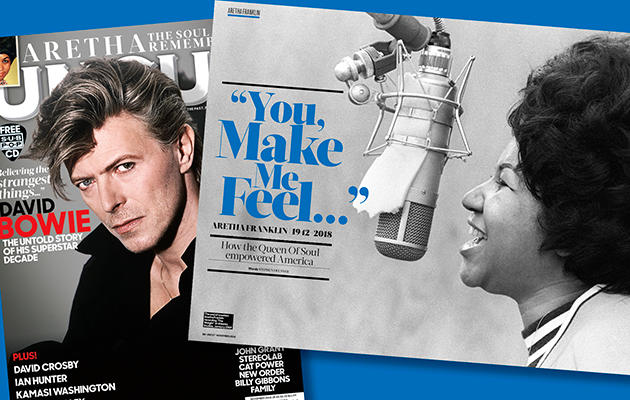 The new issue of Uncut – in shops now or available to order online here – features an extensive tribute to Aretha Franklin, exploring how the Queen Of Soul empowered America.

Charting the singer’s rise alongside that of the civil rights movement and noting how she delivered rousing inaugurations for presidents Jimmy Carter and Barack Obama, Stephen Deusner writes that few artists in any genre or in any medium were so tied to the conscience of their country as Aretha. She was revered in a way public servants are revered, praised as though she had benevolently held public office – which is perhaps not far from reality. She was proof that the accomplishments of an artist  could reverberate down through subsequent generations, that pop music can change the world.

“Part of what made her great,” says Sam Moore, a lifelong friend and one half of the Stax R&B duo Sam & Dave, “was the struggle, the hurt, the pain she endured. She took it all up on the stage with her. Some of us in the industry, we would turn to drugs or alcohol or maybe even suicide, but she took it all up on that stage  and she became greater than the greats.”

Following her journey from the gospel circuit via her Atlantic breakthrough to her 80s pop reinvention, Uncut remembers a singer who inspired awe at every turn. One of Aretha’s most popular performances came about when Luciano Pavarotti had been booked on the 1998 Grammy Awards show to perform “Nessum Dorma”, an aria from Puccini’s Turandot that had been his signature tune since the early 1970s. At the last minute he fell ill and was unable to perform. Aretha took his place with little notice and even less rehearsal, but  to say she brought down the house would be an understatement. Her performance was disarming in its power and interpretation, as she dipped dramatically into her lower register, then hit and sustained those high notes.

Sam Moore was in the audience that night and admits he got caught up in the action. “Aretha came on with this big band, and I was like, what? I didn’t know at the time that she had been studying opera. I just thought, ‘What is she doing?’ But then I completely embarrassed myself. When she started singing, I stood up and yelled… I hope she didn’t hear me, but that woman could do anything.”

Read much more about Aretha Franklin in the new issue of Uncut, on sale now with David Bowie on the cover.