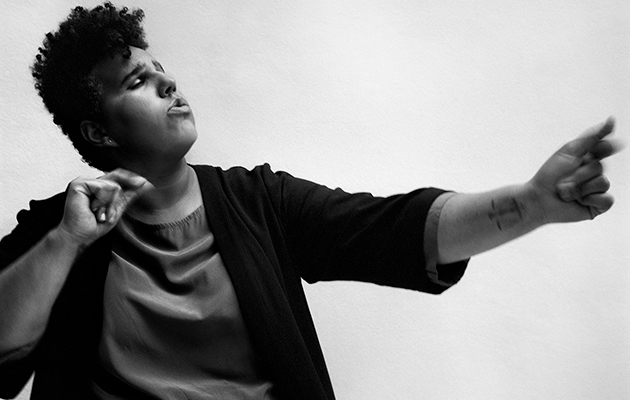 Alabama Shakes frontwoman Brittany Howard has announced that her debut solo album Jaime will be released by Columbia on September 20.

Hear the first track from it, “History Repeats”, below:

“‘History Repeats’ is as much a personal song as it is a song about us as a human species,” says Howard. “Our times of success may propel us forward, but our repeating failures hold us back from evolving into harmony.”

Jaime is named after Howard’s sister, who taught her to play the piano and write poetry, and who died of cancer when they were still teenagers. “The title is in memoriam, and she definitely did shape me as a human being,” Howard says. “But, the record is not about her. It’s about me. I’m pretty candid about myself and who I am and what I believe. Which is why I needed to do it on my own.”

See Howard’s tour itinerary, including a date a London’s EartH, below. Tickets go on general sale for all UK/European dates on Friday July 5 at 10am. You can pre-order the album here for access to a ticket pre-sale.