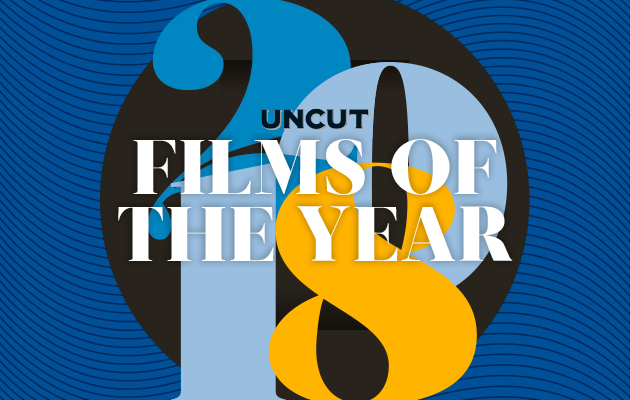 20
American Animals
Director: Bart Layton
Director Bart Layton has an eye for unusual subjects. He directed 2012 doc The Imposter, about a notorious French conman Frédéric Bourdin, and follows that with this heist drama documenting the attempts of an art student and three accomplices to steal a number of rare books from Transylvania University in Lexington, Kentucky. This is a bizarrely gripping true-life crime thriller, with a memorable performance from Evan Peters as a reckless member of the gang.

19
The Square
Director: Ruben Östlund
To a degree, The Square channels the spirit of Lars Von Trier and Yorgos Lanthimos – filmmakers who have routinely upended middle-class entitlement by surreal and unsettling means. This comedy begins as a smart satire of the art world before morphing into excruciating Theatre Of Cruelty, all set around a bold new exhibition held by a Swedish contemporary art museum. Props to Claes Bang as the beleaguered museum director.

18
Hereditary
Director: Ari Aster
Indebted to the likes of Roman Polanski in his 1970s horror pomp, Aster’s feature debut cast Toni Collette as Annie, whose mother has recently died. Mystery and trauma follow for her, her husband Steve (Gabriel Byrne) and two children, Peter (Alex Wolff) and Charlie (Milly Shapiro). A film about how sometimes rather than a safe and stable environment, the family unit can be a very troubling and overwhelming experience.

16
120 BPM
Director: Robin Campillo
A fiery ensemble piece, set during the late 1980s and focusing on the Paris wing of ACT UP – the international direct-action organisation that demanded immediate, large-scale research into Aids. Campillo’s film concerns the blossoming romance between newcomer Nathan (Arnaud Valois) and Sean (Nahuel Pérez Biscayart), a firebrand whose HIV+ status is rapidly deteriorating. Campillo brilliantly juggled scenes of political action with the love story between Nathan and Sean as it works towards its inevitable final state.

15
The Ciambra
Director: Jonas Carpignano
Carpignano’s empathic study of the Roma community set on the fringes of Italian society where poverty and racial prejudice are rife. With his father and elder brother imprisoned, 14-year-old Pio Amato has by default become the man of the house. To put food on the table, he resorts to an array of inventive petty-criminal tricks (Scorsese is an exec producer – it shows). Trouble will follow, of course.

14
First Reformed
Director: Paul Schrader
Schrader has spent a career chasing down “God’s lonely man”, from Taxi Driver’s Travis Bickle onwards. His latest agonised supplicant is Reverend Ernst Toller, played by Ethan Hawke, a small-town pastor looking for deliverance. Matters moral, spiritual and ethical increasingly detain him until – radicalised, with his health ailing – he is forced to ask, “Will God forgive us?” Bad times lie ahead.

13
You Were Never Really Here
Director: Lynne Ramsay
A good year for Joaquin Phoenix, in Gus Van Sant’s freewheeling He Won’t Get Far On Foot and this darker piece from Lynne Ramsay.  He plays Joe – an ex-soldier now freelancing in ‘private security’, where he is employed to rescue an abducted teenage girl. The story is really an opportunity for director and star to explore notions of masculinity and redemption. A fearsome score from Jonny Greenwood amplifies Joe’s state of mental distress.

12
Isle Of Dogs
Director: Wes Anderson
A stop-motion action film set in a dystopian future, Isle Of Dogs was Anderson in excelsis. The dogs of a fictional Japanese city have  been exiled to a remote island  where a band of mongrels must survive and attempt to reunite  a boy with his lost pooch. Bryan Cranston, Bill Murray, Ed Norton, Jeff Goldblum, Scarlett Johansson and Yoko Ono provide voices, while the wonderful production design and exquisite animation drew from Japan’s rich visual arts, from Hokusai to Kurosawa.

11
Peterloo
Director: Mike Leigh
A very British massacre, this bitingly topical drama from Leigh centres on the murder of protesters at a mass pro-democracy rally  in Manchester, 1819. A film of  great scale and ambition, told on  a crowded canvas, the director’s cool head and rigorous approach  to the subject only underscore the significance of this project. Tim McInnery, as the bloated Prince Regent, adds a blackly comic element to this shamefully neglected chapter in British history.

9
The Rider
Director: Chloe Zhao
Shot in the badlands of South Dakota, Zhao’s contemporary Western is a confident portrait  of life among rodeo cowboys, and in particular Brady Blackburn – a daredevil 20-year-old recovering from a traumatic head injury. Partly an elegy for a disappearing way  of life, partly an examination of  the self-destructive nature of masculinity and partly a piece about the American frontier, Zhao’s film was alive with empathy.

8
A Fantastic Woman
Director: Sebastián Lelio
Chilean director  Lelio’s Oscar-winning film features Marine (newcomer Daniela Vega), a transgender singer who as the film opens is in a relationship with an older man, Orlando. Alas, tragedy strikes and soon Marine finds herself marginalised and abused from all corners. In some respects,  A Fantastic Woman recalls Almodóvar – another Spanish-language filmmaker who celebrates female leads and sexual taboos;  but Lelio’s rich, warm film is very much his own.

6
The Old Man  And The Gun
Director: David Lowery
A late-career swansong for Robert Redford, who said this would be his last film. It is based on the true story of Forrest Tucker – an elderly thief who escapes from San Quentin before embarking on a string of heists across Texas. Sissy Spacek and Casey Affleck bring suitably dramatic support to a light but heartfelt film that fully honours Redford’s storied ’60s reputation.

5
Lucky
Director: John Carroll Lynch
A nonagenarian atheist who has outlived  and out-smoked his contemporaries comes to terms with his own mortality. As an epitaph for its star Harry Dean Stanton, this spry meditation on death and ageing couldn’t have been better. Hard-won wisdom, stoic blankness and a David Lynch cameo. Sad and sweet, Lucky was the perfect ending to a commendable career.

4
Lady Bird
Director: Greta Gerwig
Lady Bird is a loosely autobiographical story of a confused teenage girl growing up during the early ’00s – much like writer/director Gerwig. Protagonist Christine McPherson is played by Saoirse Ronan as a mixed bag of emotions – hurtling between delight, sorrow, fear and anger. A warm, generous character study of a young woman in the process of working out who she is, and all the hazards that follow.

2
Blackkklansman
Director: Spike Lee
After a period outside the mainstream exploring more experimental forms,  Lee returns with a vengeance in this blackly comic, and supremely timely, period satire about Ron Stallworth (John David Washington), the first African-American detective to serve in the Colorado Springs Police Department. Determined to make a name for himself, Stallworth sets out to infiltrate the Ku Klux Klan. Riffing on blaxploitation motifs and concluding with an affecting documentary montage, this was evidence of a provocative filmmaker back at the height of his powers.

1
Phantom Thread
Director: Paul Thomas Anderson
Released back in February, Paul Thomas Anderson’s elegant, delicious pleasure remained the benchmark  for the year in film. Considering, too, that it is apparently  to be leading man Daniel Day-Lewis’s cinematic swansong, its position at the head of our year-end poll seems entirely fitting.

Reynolds Jeremiah Woodcock is certainly as memorable as any of Day-Lewis’s previous characters. A celebrated couturier to the post-war aristocracy, he is witty and nimble, elegant and epigrammatic. As with many creatives operating at the highest level, he is also fastidious and obsessive: one dress is described enigmatically as “worth everything we’ve been through”. In conjunction with his gimlet-eyed sister Cyril (Lesley Manville), Woodcock runs his operations from  a splendid Georgian townhouse in London; but alas, as the film opens, this empire is faltering. First Woodcock finds himself under threat from the New Look, then he is unexpectedly beguiled by Alma (Vicky Krieps), a German waitress who becomes his muse.

Although there are a lot of clothes in Phantom Thread, it is not particularly a film about fashion. It is about control and obsession and the disruption of a status quo by a new arrival – in which case, it is possible to see this as thematically similar to Anderson’s 2012 film The Master.
But unlike The Master, Phantom Thread is often very funny. There are droll flashes of drawing-room farce – as well as a darker comic grain. In one scene, Woodcock complains testily that Alma butters her toast with “too much movement”. There is a late-arriving macabre gothic twist to the story that underscores Alma’s growing control over Woodcock.

During a year in which there were many strong leading performances  – Frances McDormand, Joaquin Phoenix, Ethan Hawke, Toni Collette and Saoirse Ronan – it was hard to top Day-Lewis’s monstrous, dazzling and hammy Woodcock. “Chic?” He exclaims with disgust as he is brought news of Dior’s pioneering work across the Channel. “Fucking chic.”