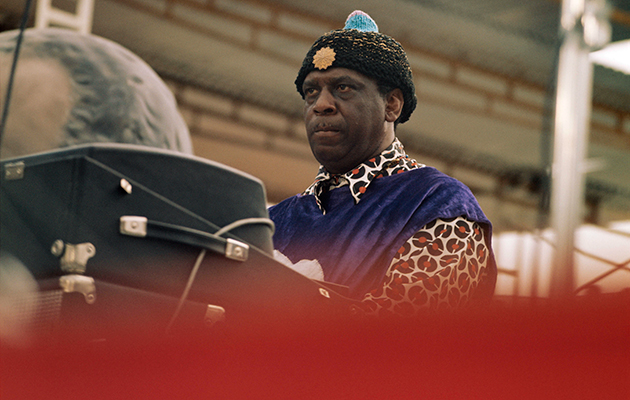 THOMPSON: We still play “Space Is The Place” now. It doesn’t go as long as Sun Ra had it on the record, you know, but it goes on. It’s an unusual piece and it’s one of our favourites, the crowd always loves it. It is an endurance test somewhat, but the music has got so much energy in it that it makes you feel extremely happy. Sun Ra had a mission and we were all for it, even now. Marshall Allen, you know he’s for it, he’s the bandleader now. Sun Ra’s music is so happy and so healthy, and it does some wonderful things to you.

WILMER: The last time I saw him was when I went to theirs in Philly many years ago. I went to interview John Gilmore, but Sonny and I hung out with him for a while, and he gave me a record and signed it to me. Someone drove me and Sonny to the station, and I got on the train. The next thing I know I hear him shouting at me – I had forgotten the record. All I can remember seeing is him running down the tracks, sort of tummy wobbling, and he says, “Here Valerie, you forgot this!” And that’s the last time I saw him. But you see what I mean – he was also a normal human being.

Early 1971
Sun Ra teaches a course at the University Of California in Berkeley, titled ‘The Black Man In The Cosmos’

1972
Sun Ra and his group film Space Is The Place, a feature film produced by Jim Newman, which attempts to present some of Ra’s beliefs

October 19, 1972
The collective record the 22-minute “Space Is The Place” at Chicago’s Streeterville studio, releasing it as the title track of the Space Is The Place album the following year