Our man in Cannes is charmed by the Elton John biopic 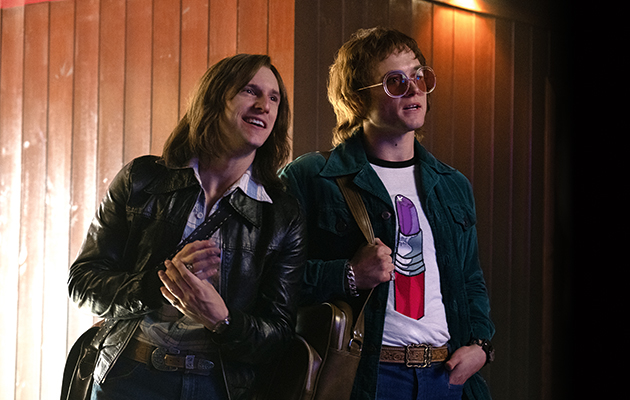 The rock biopic was in a bad enough way long before Bohemian Rhapsody came along to sully its reputation further. Critics panned it, but the public loved it, ignoring the synthetic hair, manipulated (sometimes even totally fabricated) history and preferring instead to revel in a bombastic jukebox musical than pay witness to the worst – or should that be the best? – excesses of Freddie Mercury’s helter-skelter ride to stardom. That a biopic of Elton John should follow so soon immediately raised concerns, and the fact that it would be made with the blessing and full co-operation of its subject raised even more. Was the rock hagiography now a ‘thing’?

Happily, Rocketman – helmed by Dexter Fletcher – is not the film you think it is at all. John’s involvement has led to little sanitising, and while it does go somewhat heavy on the introspection, Rocketman is an interesting experiment in life-as-spectacle. All the limitations of the rock biopic have their advantages here: everything is deliberately and quite deliciously fake, and where Bohemian Rhapsody messed about with timelines in the belief that no one would notice, Fletcher puts songs where they fit thematically and poetically, which is why an anthem like “Candle In The Wind” can be so audaciously thrown away early on in the film as a work in progress.

The film takes a little while to reveal itself, and for a while it seems to be a flagship for the West End musical that is clearly imminent. The framing is an AA meeting, which John (Taron Egerton) attends in a stage outfit of devil horns and wings. From there, the singer – a self-confessed alcoholic, cocaine user and bulimic with anger management issues – proceeds to look back at his life, starting as a pre-school piano prodigy. His early home life leaves him starved of attention, something he finds when he joins a band, and the transition is made superbly in a rendition of “Saturday Night’s Alright For Fighting” – filmed in a dynamic single take, much like the opening scene of Julien Temple’s Absolute Beginners.

The stakes rise when John is booked to perform at The Troubadour in Los Angeles. Initially reluctant to go onstage knowing that Neil Diamond and “half the Beach Boys” are in the crowd, John goes out and knocks them for six, literally levitating them and himself. This magic (sur)realism will gradually take over the movie without ever overwhelming it, notably during a rendition of “Rocket Man” itself that soundtracks a particularly dark episode involving drink and drugs.

Surprisingly, there is none of John’s own music in the film – Egerton sings it all – and yet it doesn’t really matter, since it only adds to the sense of heightened artificiality that the film is aiming for. Egerton acquits himself admirably, but it’s the endearing bathos he brings to the role – a very British, self-deprecating kind of comedy – that really carries the film to the finish line, which, thankfully, doesn’t take us right up to John’s present-day domesticity.

That’s worth noting because John is only too willing to hold focus on the troubled years. In fact, this is also one of those rare biopics where dirty linen is happily aired – John’s mother (Sheila Dallas Howard) and his business manager John Reid (Richard Madden) don’t come out of it at all well – and feuds aren’t neatly settled before the closing credits.

The frenetic treatment won’t be to all tastes – many of the practical aspects of John’s creative life, such as his working partnership with Bernie Taupin (an underused Jamie Bell), are not explored in depth. But after the straight-washing of Freddie Mercury in Bohemian Rhapsody, it will be interesting to see if US audiences react favourably to John’s affirmed homosexuality and the film’s one fairly graphic gay sex scene.

His fans in the UK, however, might be more disposed to this waspish, warts-and-all mea culpa: “I only became a cunt in 1975,” John explains apologetically. “And I just forgot to stop.”