In praise of Luluc’s Sculptor 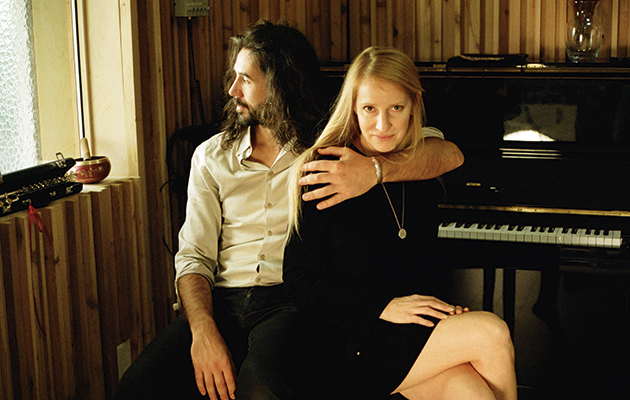 When Luluc really want your attention they don’t shout, they whisper. On their second album, 2014’s Passerby, Zoë Randell mourned what she called “this passerby life” in typically muted tones. The song found Randell reminiscing about people she knew or the animals she took care of as a child – now all long since departed. Their mortality, she concluded, was a foretaste of her own – but also a reminder of the vivid and complex lives experienced by others. As it transpires, “Passerby” is critical to the nostalgia-prone songs, full of such quiet observations that Luluc (pronounced Loo-LUKE) excel at. For much of their third album Sculptor, Randell and her chief collaborator Steve Hassett can be found navigating adolescent reveries, faded relationships and the passing of time. These songs often recall the stealthy, hushed qualities of Cowboy Junkies, Low or Acetone – where space and air are as significant as a twanged guitar note or the crisp swish of a drum brush. As with those bands, Luluc are concerned with the struggles and consolations of daily life pitched against the bigger picture – what Randell describes on “Moon Girl” as “That big clock that does move so slow/Will catch you up so be on those toes”.

Randell writes in a straightforward style that still reads as poetic, revealing surprising poignancies in small, every day details. A dirty T-shirt; sunlight moving across the ocean; a certain way of tying shoelaces. On Sculptor, her songs frequently return to suburban settings, where teenage protagonists struggle to find identity in restrictive, conservative environments. For her part, Randell was raised in Upotipotpon – a small rural farming community in Victoria, Australia – where she grew up listening to her parents’ Ray Charles and Paul Simon records. She left home aged 15, her eyes evidently set on wider horizons. While backpacking round Europe, she met Hassett – a native Melburnian – at the Edinburgh Festival. Back in Melbourne, they set out their stall with 2008’s Dear Hamlyn – a tribute to Randell’s late father that showcased the duo’s gift for sparse, shifting folky laments. Recorded in an attic, the songs foregrounded Randell’s voice – full and rounded but never overplayed – and Hassett’s discreet backing, the calm they conjured occasionally interrupted by pedal steel, French horn or percussion.

Although there was a gap of six years between Dear Hamlyn and Passerby, Randell and Hassett were far from idle. At the invitation of Joe Boyd, they participated in his Nick Drake tribute Way To Blue, recording “Things Behind The Sun”, “Fly” and, with Lisa Hannigan, “Saturday Sun”. It’s possible to trace a line from Drake’s strange, delicate songs direct to Luluc’s own deeply private ruminations. Other songs they’ve covered since – including Townes Van Zandt’s “None But The Rain”, Doug Sahm’s “Sunday Sunny Mill Valley Groove Day” and the Grateful Dead’s “Till The Morning Comes” – found them interrogating different forms of folk music and further demonstrating the easy chemistry that exists between the pair. In 2010, a move to New York brought them into the orbit of The National. Holed up in Aaron Dessner’s studio in Brooklyn, Randell and Hassett worked on Passerby – whose fragile songs benefited from Dessner’s sympathetic but unadorned production. Dessner also guests on Sculptor – along with J Mascis and Dirty Three’s Jim White. But their contributions are – as you’d expect for a band like Luluc – suitably restrained.

Passerby ended on an optimistic note, with Randell sitting beneath the night sky, having finally come to terms with her father’s death: “I can see so much/Much more than before”. Fittingly, Sculptor opens with images of rebirth. “Spring”, adapted from a Japanese poem, Spring Days And Blossom, appears initially to celebrate nature in its first verdant bloom – “Long are the golden days” – before pausing to reflect on the fleeting beauty of blossom – “so swift to depart from us who love them so”. It is “this passerby life” again. One of the strengths of Sculptor is Randell’s narrative fluidity, moving from scene to scene, character to character. In “Heist”, for instance, she is the victim of some undisclosed slight: “I thought you and I were friends/That there was something to believe it.” With its pattering programmed drums (courtesy of Dessner) and minor-chord progressions, “Heist” has the feel of one of The National’s more forlorn ballads. The song dwells on the impossibility of human relations – a topic Randell returns to repeatedly on Sculptor in various different situations. With “Kids”, “Controversy” and “Me And Jasper”, for instance, she pinpoints a tricky, transitory period during adolescence (possibly her own), where it is still possible to write the future: “You know we’re gonna get out of here,” she sings optimistically on “Kids”. But it is also a time of alienation and frustration, represented by Dessner’s frantic shredding and Randell’s aching timbre. On “Controversy” – built around a sung-spoken extract from George Johnston’s novel My Brother Jack –  Randell notes: “What was so terrifying about these suburbs, was that they accepted their mediocrity.” Later, on “Me And Jasper”, the narrator seeks escape from “all this boredom”, aspiring towards “our own thing”. Whichever way that  turns out, the narrator asks, “Let it be something different/Please let it be something different.”

Run almost as a sequence, it’s tempting to view these three songs as the deep, reverberating core of Sculptor. Their themes – how we respond to the challenges life sends our way, and what those responses say about us – are certainly reflected through the rest of this masterful album, though not to the exclusion of other lyrical concerns. On “Cambridge”, the narrator contemplates the complex relationship between her and her brother. “I guess we’re living proof,” she sings, “That there are other roads open to me and to you.” Synths and acoustic guitar rise and fall in perfect, fluid arcs. “I heard you were gone,” she concludes, “Found a new way/Not the old games.” Elsewhere, “Genius” is a sharp portrait of smug self-righteousness – “You’re the open-minded one/A genius, well, perhaps to some” – goosed by Jim White’s skittering drumming and some rare electric guitar work from Hassett who sends long, plaintive notes rippling across the  surface of the song.

Even beyond its impressive guest list, it’s possible to see Luluc raising the stakes here. Sculptor is the strongest and most assured record of their career. The songs dig deep emotionally – but critically their aesthetics are well-balanced, the voice and instruments perfectly calibrated. While its predecessors had a tendency for introspection, Sculptor is wide open.