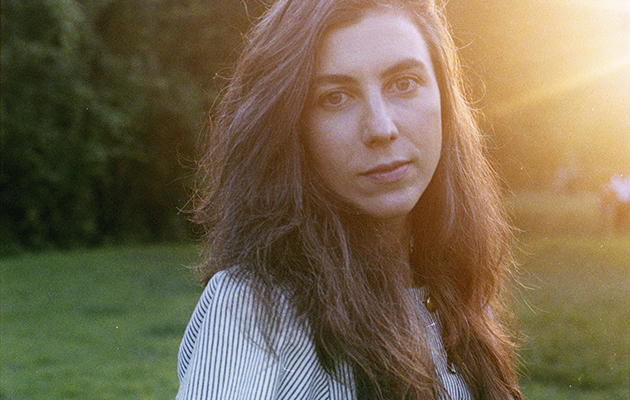 Disinclined to keep it simple, Julia Holter described her belated follow-up to the luminous Have  You In My Wilderness as a reflection of  “the cacophony of the mind in a melting world”. A quixotic attempt to express the chaos of inner and outer worlds through medieval harmonising, wobbly jazz and new age electronics, Aviary is a sizeable leap away from the precisely turned curves and gnomic precision of her 2015 breakthrough. Key adjectives: gigantic, overwhelming, exhausting.

Having edged from the experimental fringes towards frosty art rock with two classically themed solo records – 2011’s Tragedy (inspired by Euripides’ Hippolytus) and 2012’s Ekstasis – Holter convened an ensemble to flesh out 2013’s Loud City Song, an album informed by Colette’s 1944 novella Gigi, and the Lerner and Loewe musical it inspired. Unburdened by any such concept, Have You In My Wilderness offered a series of spectacular musical miniatures, brilliantly detailed, supremely controlled. “It doesn’t mean I’m going to make music that sounds like that again,” Holter warned one interviewer.

With Aviary – the Cocteau Twins remixed by Pieter Brueghel – she has honoured that vague promise. An unwieldy 90-minute gas giant sprawling across two CDs, it emerged from a series of 2017 solo improvisations, and became wilder still in the studio. Opener “Turn The Light On” is typically daunting, Holter wailing ecstatically over what sounds like the Sun Ra Arkestra tuning up at Pink Floyd’s great gig in the sky. It is unfettered, cathartic, magnificent. It also goes on a bit. Aviary in microcosm.

Holter’s vision of a world overloaded with competing voices was partly inspired by a line in a 2009 short story by Lebanese-American writer Etel Adnan: “I found myself in an aviary full of shrieking birds.” Amid Holter’s squawking hubbub, individual threads are hard to discern, the 33-year-old’s lyrics a dizzying mix of found words (medieval troubadour songs, lines from Sappho) and rapturous babble.

The fear of a sun-boiled planet haunts the Stereolab death march of “Whether” while anxieties about the bubonic plague virus re-emerging from melted polar cap ice feed into the witchy “Les Jeux To You”, but Aviary rarely seems so solidly rooted in the world of worms. Instead, there is a feeling of quasi-religious hysteria, some great revelation forever on the tip of Holter’s tongue. She tells Uncut the timbre of Alice Coltrane’s solo works was a benchmark for Aviary, that ashram-raised free-jazz mood coexisting harmoniously with the kind of space-whispered spook poetry sprinkled over the tea-cosy hatted early 1970s Gong albums on “Chaitius”, the turbulent “Voce Simul” and “Another Dream”.

There are jarring moments – the opening expanses of the glowering “Everyday Is An Emergency” echo the interminable honking of a tropical traffic jam – but Holter’s quest to channel the clatter of the universe produces transcendent beauty too. “I Shall Love 2” stumbles on a musical signature from John Cale’s “Ship Of Fools”, and bumbles on into wave after glorious wave of crescendoes. The more earthy “Underneath The Moon”, meanwhile, comes on like Prince’s “Sign O’ The Times” (Holter “testing my moves out in the big room”) before morphing into a Robert Wyatt-ish reimagining of Kate Bush’s Aerial. “Who made this mappa?” Holter asks of the cosmos as the rhythm threatens to carry her away. “I see no beginning, no middle, no end.”

As that might suggest, Aviary’s landscape remains in constant flux, solid surfaces giving way to liquid ones, like the drowned world of “Colligere” and the gaunt “In Gardens, Muteness”, where Holter’s lyrics hint once more at a thousand unanswerable questions. “I stay up ’til three,” she keens, addressing something primal. “It’s a long, long time to waste asking you questions while you sleep.”

Straight answers are elusive beyond the obvious ones: the world is big and strange, existence much the same, and as to the purpose of it all, the only conclusion Aviary can offer is an enigmatic ellipsis. A phonetic translation of a mournful song by Buddhist nun Choying Drolma, Holter’s candlelit finale “Why Sad Song” is solemn, sonorous and arresting, but spookily nebulous. Do lines like “send all the oranges or yams they are yours to eat” make any sense? More saliently, does it matter if they don’t?

Aviary is not a quest for meaning, but a messy attempt to live with the reality of chaos. It’s confused, with a vague feeling of overdue homework, but enlightening too. In an age of warring certainties, Holter’s message may be that the most powerful words left to us are, “I don’t know.”