Our man in Cannes runs his eye over Jim Jarmusch's latest 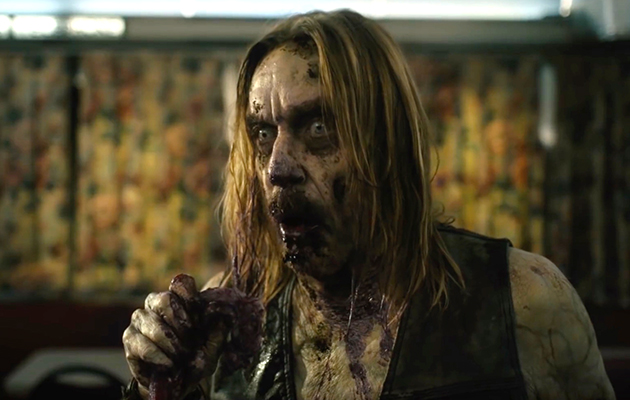 So much, in fact, that few will be looking back at last night’s depressingly disappointing opening film The Dead Don’t Die, the latest in a long line of increasingly inconsequential curios from Jim Jarmusch, once a trailblazer in the field of independent US cinema. Ten or 20 years ago, the idea of the director of Ghost Dog turning his hand to zombie horror would have been a mouth-watering proposition. Today? Not so much. As he showed with 2014’s Only Lovers Left Alive, Jarmusch doesn’t really subvert genre any more; instead, he simply uses genre conventions as a loose framework for his terse, dry-as-a-bone storytelling.

The inspiration would seem to be a George Jones-esque ballad called The Dead Don’t Die by country singer Sturgill Simpson (this much we know because it crops up many times during the film and is almost instantly referred to by one of the two leads as “the theme song”). The song plays in its entirety over a no-frills credits sequence, and then we’re off to the sleepy American town of Centerville, where Ronnie Peterson (Adam Driver) and Cliff Robertson (Bill Murray) run the sheriff’s office, with the help of their deputy, Mindy Morrison (Chloë Sevigny).

Polar fracking has caused the world to move on its axis, the first sign of this being that daylight hours have become unnaturally extended. Phones and computers malfunction, animals turn feral or disappear altogether, and finally, after an age, the dead rise from the graves. The charge is led by a convincingly undead Iggy Pop, who clearly spent more time in the make-up chair than he does on-screen, and after building up to a brace of grisly murders, Jarmusch puts on the brakes.

From here, his film simply meanders, like the zombies that totter through the town’s streets and cemetery, occasionally offering some semblance of satire – the target being consumerism, the subtext of, er, every zombie film since Night Of The Living Dead in 1969 – but mostly being a very dull hangout movie as Cliff and Ronnie literally work the graveyard shift. Though it isn’t as annoying as Only Lovers…, which actually stopped twice for the two leads to play their favourite old R&B records to each other, The Dead Don’t Die is equally full of distracting nods to Things Jim Likes – a hobo finds a copy of Moby Dick in the woods, the kid in the hardware store wears a Nosferatu T-shirt, and a grave is named in dedication to director Samuel M Fuller. These little in-jokes used to be fun, but now that they practically are the movie, the fun has worn incredibly thin.