An interview with The Weather Station

Tamara Lindeman on "Loyalty": "Moments of clarity are fleeting - it's complexity that endures..." 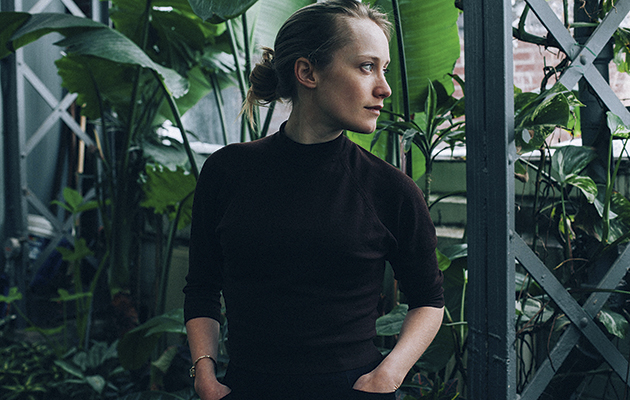 In this month’s Uncut, I reviewed the gorgeous new album by The Weather Station. I also conducted an email Q&A with Tamara Lindeman, who basically is The Weather Station. Her answers turned out to be as thoughtful and precise as her lyrics, and I’m happy to run the complete conversation here…

Can you tell us a bit about The Weather Station story so far? I guess, for a lot of Uncut readers, this will be the first time they’ve come across you.

Sure.  I started recording music when I was 19.  It was a sort of obsession – I wanted to make music – heavy things were happening that I wanted to express somehow.  My roommate at the time was a rapper, and she lent me software she used to make beats – I rented an interface and mic and started recording my voice, household sounds, banjo (which I was learning at the time) and a bit of guitar (which I tuned like a banjo).  I didn’t really know how to play or write songs – I’d always sang and played piano, but I didn’t know musicians or people to play with – but I cut and pasted my way into making music.  I put my recordings up on the web rather anonymously under the name ‘The Weather Station’.

Over time, I learned my instruments and formed a band, and joined other bands as well.  Over the course of four years I turned some of the recordings into a full length record – The Line – which I released in 2009.

In 2010, I met Daniel Romano, who encouraged me to drop the atmospheric backdrop and just focus on the song – he was the first person who told me that my songwriting was good – good enough to stand on its own.  We made All Of It Was Mine together.  From that point on I have put the focus on lyrics, and essentially been a solo singer songwriter – just I came to it backwards, I guess.

How did you end up recording the album in a 19th Century French mansion?

I was on tour singing backups with a band called Bahamas – led by my friend Afie Jurvanen.  He had to record a song for a film soundtrack and booked time at La Frette Studio, in France, where we were on tour at the time.  I came along to sing.  The owner loved what we were doing, and invited us to come back in February, when the studio was often empty.  I thought Afie would want the time, but he suggested we make a record for me.

La Frette is an interesting place – it really is a mansion – with a walled garden and big iron gates – a beautiful, majestic place.  The owner, Olivier, bought it in the late 80’s, along with an unbelievable collection of analogue gear that studios were trying to get rid of at the time.  The place – the gear – it was acquired when it was considered worthless – now it’s all priceless.

Being able to be there didn’t really seem like real life, just this wonderful gift that I could hardly believe was mine.

Do you think being an actor makes you more or less confessional in your musical work?

Hmm.  More so, I suppose?  If it has influenced at all.  I mean, I so rarely do it – I don’t think being an actor has anything to do with me, let alone my music.  It’s a job that rewards obedience – you’re paid to disappear into someone else’s vision, to say other people’s lines – if you’re good – you disappear completely.

But maybe it has influenced on some level, my interest in being scrupulously truthful.   Because of my experiences in the film industry I guess I have very little interest in performance or artifice – I’m not interested in fantasy or wish fulfillment based storytelling.  I love artists who do that, but I don’t want to myself.  And maybe that is a reaction, a bit, to working as an actor – it makes me want to never act.  I wanted to make music in some ways because it allowed me to be fully present in a way that’s difficult even in life, let alone in the film industry.  It was the place I went to be honest.

Do you feel the Joni Mitchell comparisons (I am guilty of these myself) are just? I do worry a little that it is in part predicated on frozen lakes and road trips…

Ha!  I do actually.  It bothers me when every single female musician is compared to her – especially when the comparison is not apt – but in this case I think it’s pretty reasonable, and of course, I’m quite flattered.

I actually didn’t listen to Joni Mitchell for most of my life – in part because every time I sang somebody told me I reminded them of her.  And the first few times I listened, I actually disliked her.  But over the last couple years I’ve taken the time to dig deep and I’m glad I did.  Now I’m a blushing fan just like everybody else.  Court And Spark!

Anyhow, are these road trips real? And if so, can you tell us a little more about them?

Of course!  “Way It Is Way It Could Be” is framed by a tour I did of Atlantic Canada in January – driving through Quebec towards New Brunswick along the south shore of the St Lawrence – where it looks like an ocean – in -40 weather.  “Floodplain” is framed by the same tour route only in spring flood season – there are some epic rivers in New Brunswick, and they all flooded at the same time, that year.  The city in “Loyalty” is Indianapolis, a place I’d never been to or even thought of till I pulled up there on tour – the strangeness of that city – the skyscrapers, the monuments, the emptiness of the streets, crept into the song I was writing at the time and became a metaphor.  “Personal Eclipse” pulls on my experience of driving to and from California when I turned 20.  I did that drive a couple times actually.  But of course, the drive is just a canvas to talk about other things…

Are you shy in real life – and if so, in what way? In “Shy Women”, you seem to be talking about the weight of knowledge, and a certain discretion, rather than anything resembling timidity?

Interesting – shy really isn’t the right word in some ways, though I chose it.

I’ve been shy for most of my life, but it never really was timidity – I was reticent to speak because I actually had so much to say.  I think that’s generally true for most ‘shy’ people.  I’m less shy now, generally, though I’m constantly surprised by how deep some things are ingrained – that thing of not wanting to rock the boat, not wanting to take up any space in a room, finding it difficult to express an opinion unless I am absolutely certain it is the right one.  Saying things on the internet is still difficult.

In the song it is of course heavier and different than shyness – but in that way the flippancy of the word makes it more poignant.  ‘Shyness’ is in many ways about smoothing social interactions, putting people at ease, which is kind of what women are conditioned to do too – but it’s also something that can cover up and perpetuate some very heavy and unjust things.

Discretion, actually, seems a guiding principle for the whole album. Do you generally prefer music that tends towards subtlety and understatement? Can you maybe give a few examples?

Totally. Totally.  Bill Callahan is someone I always come back to.  But really, I’m surrounded in by songwriters who are also very understated, the songwriters in my community –  Ryan Driver, Steven Lambke, Michael Feuerstack, Sandro Perri…

To me though, it’s less about understatement and more about just reflecting reality – the way I experience things.   Pop music is often based on these declarative statements – ‘I will always love you’ – and those songs are cathartic and helpful, I think.  But in life, such moments of clarity are fleeting – it’s complexity that endures.  I guess it’s natural to me to want to reflect that.

But it’s also about longevity.  If I wrote big choruses, I don’t know that I could sing them every night, because they wouldn’t always be true.  That’s why my big chorus in the love song is ‘I don’t expect your love to be like mine’, which is the same thing to me as ‘I will always love you’, but more exacting – more precise, I guess.

My first record was really heavy, and I can’t even sing those songs anymore – it would be impossible to sing them honestly at this point in my life.  But All Of It Was Mine has held up for me – I can still find things in there to interact with, when I’m singing the songs every night.

I find it interesting that there have been a few great records lately by female musicians who do the same thing – Courtney Barnett for example, writes with a specificity that comes across as understatement but to me is actually just precision.