Willie Nelson – To All The Girls… 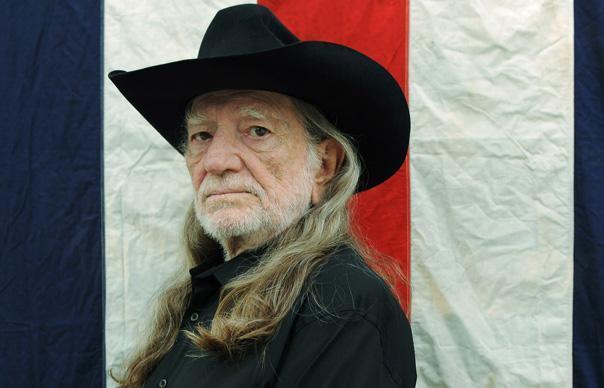 At 80, country’s king takes up with 18 assorted queens…

Willie Nelson is fond of a collaboration – setting aside numerous get-togethers with fellow travellers in the country of Country, can anyone else boast a duet roster that embraces Wynton Marsalis, Julio Iglesias, U2 and Snoop Dogg? Here he plays things mostly safe with a set of country standards – including his own songs, natch – and a stellar roster of female voices. If the results are sometimes unremarkable – a rehash of Kitty Wells “Making Believe” with Brandi Carlisle and a leaden “Far Away Places” with Sheryl Crow fit the frame – the album is redeemed by Nelson’s engagement on most cuts.

It hasn’t always been so – there are many jog-throughs in that mammoth discography – but a new contract and the advent of the big 8-0 have put a spring in the ol’ feller’s step. 2012’s Heroes and this year’s Let’s Face The Music both yielded age-defying highlights. So does To All The Girls. Nelson’s conversational vocal style is deceptive going on offhand, but class acts like Rosanne Cash (on Kristofferson’s “Please Don’t Tell Me”) and Emmylou Harris (on Springsteen’s “Dry Lightning”) spur him to fine performances, while Norah Jones drawls sweetly on “Walkin’” and Alison Krauss adds sublimity to his south-of -the-border “No Mas Amor”. Here, as elsewhere, Willie’s stuttering, Spanish-flavoured guitar is as engaging as vocals that have acquired the timbre of seasoned redwood.

There’s the odd flounder; Nelson’s simply overpowered by Mavis Staples on Bill Withers’ “Grandma’s Hands”, and Dolly Parton’s “From Here to The Moon And Back” is string-laden syrup. He’s more at home in a 1950s Texas ballroom, playing Western Swing with Shelby Lynne on “Till The End Of The World” or whooping it up with Tina Rose on Conway Twitty’s “After the Fire Is Gone”. Needless to say it’s all immaculately played, meaning even the flat spots pass by amicably, leaving Willie’s gap-toothed grin hovering like an ancient Cheshire cat. Long may he endure.
Neil Spencer