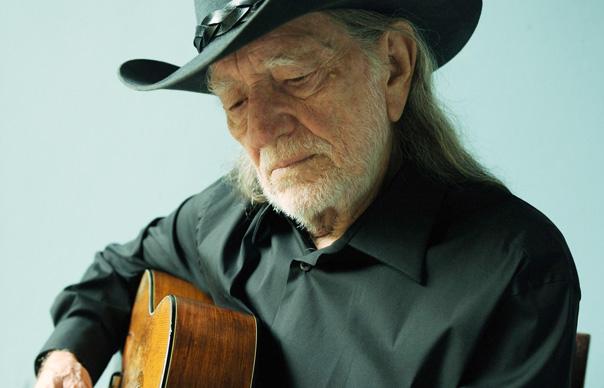 Signing with Legacy, Sony’s the catalog label, in order to curate his own vast legacy, 78-year-old Willie Nelson kicks things off with a major new studio album.

Populated by his old cronies, Merle Haggard, Kris Kristofferson, Ray Price and Billy Joe Shaver, as well as reverent younger artists like Jamey Johnson (capably filling in for the absent Waylon Jennings) and Sheryl Crow (at her most affectingly spontaneous), Heroes has the distinct feel of a last roundup.

“The road ain’t gettin’ shorter/I think the weed is getting’ stronger”, Willie sings at the top of “No Place To Fly”, “And I’m tryin’ not to speak to no one who don’t care”, as if to make his intentions perfectly clear. The song was written not by Willie’s but by his sixth child, 22-year-old Lukas, one of three he penned for the record, while he trades verses with the old man on half of the 14 tracks, sounding uncannily like his dad at the same age. Lukas is very much the co-star of Heroes, suggesting that the album represents a passing of the torch.

Heroes may be elegiac, but it’s as spirited as it is poignant. Snoop Dogg, an outlaw pothead from another idiom, sings a verse on Willie’s shit-kicking “Roll Me Up And Smoke Me When I Die”. The Son of God Himself shows up twice – on Tom Waits and Kathleen Brennan’s blues ballad “Come On Up To The House”, wherein Willie warbles, “Come down off the cross, we can use the wood”, and “Come On Back Jesus’ (co-written by Willie and another son, Micah), whose refrain continues, “…and pick up John Wayne on the way”.

The first single, Pearl Jam’s “Just Breathe”, could have been written for him. It begins, “Yes I understand that every life must end/As we sit alone, I know someday we must go”, and ends, “Hold me till I die/Meet you on the other side”. Heroes ends with a burnished rendition of Coldplay’s “The Scientist,” Willie claiming it for himself, as he’s done so often during the last half century.
BUD SCOPPA