Willie Nelson And The Cardinals – Songbird 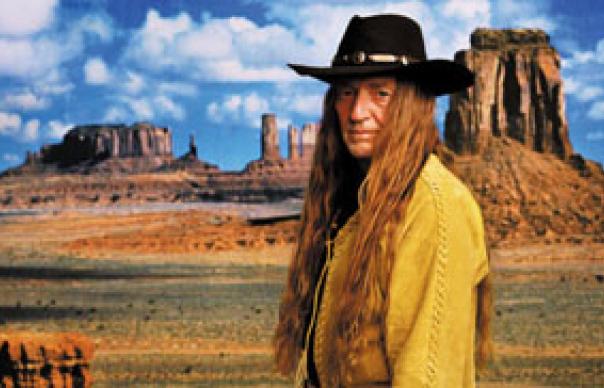 Opening for Nelson at New York’s Beacon Theatre in November 2005, Ryan Adams closed with Whiskeytown classic “16 Days”. “I wrote that song under the influence of much whiskey and Willie Nelson,” he told the audience, “so I thought I’d do it for you.”

It was something of a surprising admission. An appearance at Nelson’s 2002 birthday bash notwithstanding, Adams has been much more associated with other outlaws; Gram Parsons, Dylan and Keith Richards in particular. But listen to, say, “Houses On The Hill” or “Oh My Sweet Carolina” and the Nelson influence is palpable.

They may share a knack for controversy (Nelson recently hit the headlines for a Louisiana drugs bust), but what really draws together these two free spirits is a willingness to absorb all manner of musical styles. Following recent excursions into reggae and jazz, Nelson allows Adams free rein on “Songbird”. By drafting in his own backing band The Cardinals – Neal Casal, Jon Graboff, Brad Pemberton and Catherine Popper – the sound is urgent and instinctive.

Of the other covers, Leonard Cohen’s “Hallelujah” suffers next to inevitable comparisons with Messrs Buckley and Wainwright, but the two new originals are wonderful. Set against pedal steel, the plaintive “Back To Earth” is up there with Nelson’s finest work, whilst the Adams-penned “Blue Hotel” – country gospel lifted up by Hammond organ and churchy choir – feels like a modern classic.

Word is they weren’t always sympathetic in the studio, and Adams has already admitted they have “a weird relationship”, but the results are outstanding. Nelson’s best album in a decade.