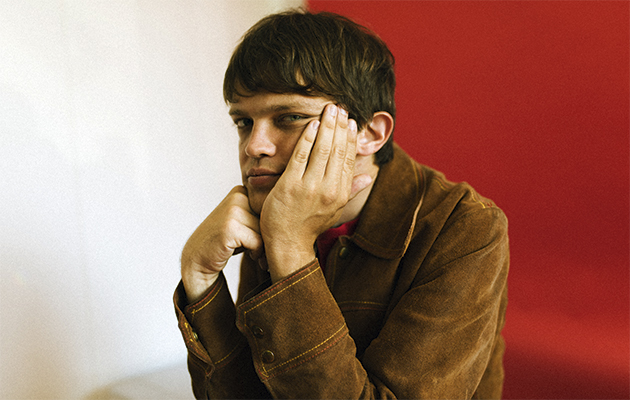 Moved to define his creative identity in an interview early last year, William Tyler said he thinks of himself chiefly as “a composer who plays guitar, rather than a guitar player who writes instrumental music”. That might sound like an inconsequential fudge but is in fact pretty revealing in terms of his motivation and intent: Tyler’s understatedly eloquent playing may take the lead role in all his panoramic ‘scenes’, but what really makes him tick is set construction.

Which is presumably why the Nashville native’s fourth album sees him again opting for substantive composition over the melodic themes that dominated 2016’s Modern Country. It also sees him playing solely acoustic, with musicians including electric guitarist and loop wrangler Meg Duffy (who’s worked with the likes of Kevin Morby, Weyes Blood and The War On Drugs and records solo as Hand Habits) and, on one song, Bill Frisell. But despite these crucially empathetic contributions and subtle additions on piano, organ, Omnichord and more, it’s Tyler’s unplugged finger-picking that shapes these 10 tracks. As he told Uncut, since he always finds himself “gravitating back towards a certain kind of acoustic mindset” and most of his touring tends to be solo, it made sense to write songs that can easily be carried unaccompanied.

Goes West was written in LA, where Tyler moved at the end of 2016, not only drawn there because his sister had already shifted but also propelled via emotional fallout from the US election and an urge to make the kind of major life change triggered by relocation – and thus discover something new. It’s a migration pattern rooted in the history of white US settlement, of course, and one endlessly romanticised, notably in the “go west, young man” exhortation spread via a 19th-century New York Tribune editorial. But although that gung-ho mythos has nothing to do with Tyler’s record, the symbolic hope of California – with its history, geography and general disposition so different from Tennessee’s – surely does.

Still, these songs aren’t “about” his new home in any real sense, certainly not in the way that the rambling, landscape-through-a-car-window evocations of Modern Country were his eulogy to a terminally ill rural America. Rather, California has made its mark via a kind of oxygenated expansiveness flooded with sunlight rather than pocked with regret, 10 individually kinetic pieces in a holding pattern of meditative calm.

Tyler has said that “most” of Goes West consists of love songs, a disclosure that’s slightly intriguing and also (brilliantly) 100 per-cent proofed against further probing due to the fact that there’s obviously no lyrical evidence of this. Titles like “Eventual Surrender”, “Rebecca” and “Venus In Aquarius” might point at matters of the heart, but no more. As with all Tyler’s work – and classical and instrumental music in general – there are no narrative levers, so all listeners can do is surrender to its nuanced glow. Thanks in no small part to Tucker Martine’s and bassist Bradley Cook’s impeccable production, this warmth spreads from opener “Alpine Star”, with its fleet-footed tempo changes, sudden shifts between minor and major chords and gently gushing synth, right through to spangled closer “Our Lady Of The Desert”, where Tyler’s acoustic, piano and shuffling brush patterns soar and dip as if in  orbit around Bill Frisell’s elegantly minimal electric peals.

To mention purity in relation to Tyler’s music is tempting but misleading, not least of all because his early folk touchstones were fusionist Sandy Bull, Takoma school experimentalists John Fahey and Robbie Basho and determined outlier Michael Chapman. But however many brief diversions a track might make, on every one there’s a cleanness and single-minded articulacy of sound that somehow focuses the mind and lifts the spirits. Standouts are “Virginia Is For Loners”, which freckles its clear strings-picking with gnarly electric textures and blooms slowly while an organ moans and beats softly boom; the sweet “Fail Safe”, whose steady gallop is a reminder of Tyler’s love of Neu!; and “Man In A Hurry”, where brief flashes of Cline-ish electric guitar do vital character work without stealing the show. “Call Me When I’m Breathing Again” is the set’s most straightforward track in its echoing of late-’60s English pastoral folk, while “Not In Our Stars” nudges at Wyndham Hill’s jazzy New Age-ism, although there’s no great shame in that.

Tyler readily admits that he’s a romantic and jokes that his view of the world “almost always involves falling in love – either with someone specific or a national park”. There’s no radical change in that world view on Goes West, but the author’s humanistic, heart-first approach, coupled with his songs’ compellingly opaque expression and egoless playing makes reliability more rewarding.