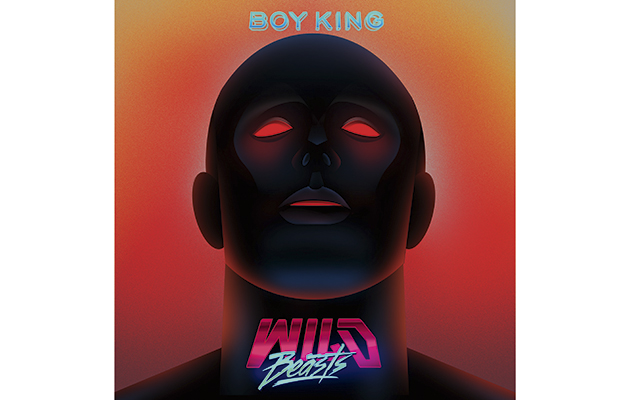 For music fans of a certain age, there is something both thrilling and reassuring about Wild Beasts, these four working-class northern school friends who make adventurous and literary art rock. They sing about fighting and fucking, about football and chip butties, but do so while invoking obscure French philosophers and highbrow novelists. In interview, they recall a time when the rock inkies were full of post-punk bands earnestly discussing Derrida and Truffaut: the band’s first four albums all but came with reading lists, with the band citing Nabakov, Rimbaud, Larkin, JG Ballard, Henry Miller and the feminist literary critic Helene Cixous.

On their fifth album, they have decided to strip away all the book learning and play dumb. Of course, this being Wild Beasts, “playing dumb” still means invoking Byron and TS Eliot, but here the lyrics are relatively blunt, more like haiku than sonnets. The album runs in at a lean, mean 40 minutes and each track – every one in a doomy, minor key – fulfils its duties within three or four minutes.

And, working with Texan producer John Congleton, the musical accompaniment has also been pared back. The drums are minimal and funky. The basslines twitch and squelch, leaving lots of space. Heavy metal riffs are played through masses of effects units, to the point where the guitars barely sound like guitars any more. Moreover, the vocal hooks are stronger, catchier and more insistent. This is an album filled with earworms, with hooklines and stray phrases that burrow deep into your consciousness.

The band has always alternated between its lead vocalists, the gruff baritone of Tom Fleming and the eerily androgynous operatic countertenor of Hayden Thorpe; here it’s Thorpe who dominates proceedings. His disembodied, ethereal falsetto has always chimed with the lyrical tone of Wild Beasts songs: a world in which masculinity is in crisis, where machismo is a drag act. But here the gender politics sound darker and more despairing than ever.

“Alpha Female” sees them accepting masculine frailties and ceding control to the opposite sex, although this praise of womankind is set to an oddly butch backing (what Fleming describes as “feminist cock rock”). The dramatic “Tough Guy” starts with an aggressive statement of self-pity (“Now I’m all fucked up and I can’t stand up/So I’d better suck it up like a tough guy would”) before adopting the carapace of masculinity.

Elsewhere, the band both have their cake and eat it. They critically present a world in which men are narcissistic, self-harming and mindlessly hedonistic but cannot resist celebrating it. On the creepy industrial electronica of “Eat Your Heart Out Adonis”, Thorpe whispers about nihilistic carnal desires (“Carnivores just want the dark meat/Won’t get off until they taste it”). The lead single “Get My Bang” is a shimmering piece of synth funk in which the protagonist seems to celebrate the pursuit of pleasure, be it through empty consumerism or mindless sex. “There’s no getting it right, no getting it wrong,” he howls, “just getting it on.” The juddering basslines and sequenced synths of “Celestial Creatures” turns a riotous night out in a lairy nightclub into a transcendental moment to celebrate. On the electronic sludge-rock of “He The Colossus”, Hayden’s courtship ritual is more brutal than ever. “You can stuff your chastity,” he coos, like an innocent choirboy gone bad. “We are vigilantes/We’re on the streets/We’re running free.”

Fleming sings lead on just two tracks. The jerky synth pop of “2BU” is a song of impotent rage and revenge fantasies, while “Ponytail” is an R&B groove which sees Fleming duetting with a munchkin-style, sped-up vocal sample; the lyrics describe the “beautiful agony” of a sado-masochistic relationship where the female “victim” is ultimately in control.

In stark contrast to this nihilistic mood, the drumless closing track, “Dreamliner”, is a rare moment of respite. Here Thorpe’s voice, accompanied by just muted piano and synthesized strings, sounds like the lairy, priapic protagonist of so many of these songs taking a walk of shame. “Keep the peace or fight the most gorgeous of wars,” he sings. It’s a perfect rejoinder to an album where male cynicism sometimes seems to be eating away at itself, and where masculine crisis has never sounded so much fun.

Q&A
Tom Fleming
How did you hook up with producer John Congleton?
We loved a lot of his recent work, especially the Grammy-winning album he produced for St Vincent and his work with the likes of Swans, John Grant, Blondie and all the rest, and we were surprised when he actually approached us. It’s not every day you get contacted by a big-name, Grammy-winning producer! We did actually meet other very good producers, but John seemed to have some ideas about what he liked and didn’t like about our music. He wanted us to sound more spontaneous, to leave mistakes in, to sound like a band making a mess. He had a very Texan, no-bullshit approach, which was refreshing. You realise that English feyness and intellectualism doesn’t count for much in Texas.

Your previous albums have always come with a bit of a reading list. This album less so…
On “He The Colossus”, there’s a glancing reference to TS Eliot’s line in The Love Song Of J Alfred Prufrock – “Shall I part my hair behind?/Do I dare to eat a peach?” It’s the idea of performance versus impotence. But, generally, we wanted to get away from being typecast as a “clever band”. We wanted to kick against that. We wanted the lyrics to be self-explanatory.

Initially, it doesn’t sound like a guitar record…
Our last album, Present Tense, was almost all synthesizers. This one is actually the most guitar-heavy album we’ve made! John [Congleton] had a treasure trove of weird fuzz pedals, and we used them to weaponise the guitars. We wanted to use the tropes of rock’n’roll in a more interesting way, to “shred” without making it sound like a Van Halen record. Not that there’s anything wrong with a Van Halen record, of course…

Would you say the mood is more lustful and hedonistic than romantic?
Absolutely. There’s a lot of sex, but not a lot of love. It’s a crueller record. None of us were in a place where we wanted to make a collection of romantic ballads. We wanted it to be more performative. There are lots of big, stupid gestures. A lot of it is about impotent rage, about narcissistic personality disorder, about the nihilistic pursuit of hedonism. Sometimes we analyse it, sometimes we just revel in it!

Was it a conscious decision to make Hayden’s voice the focus?
Yeah, it was an intense collaboration, but you learn that an important part of collaboration is knowing when to shut the fuck up! There’s still lots of my backing vocals and guitar. And, where we used to sing our own lyrics, it was much more fluid and mixed up here.
INTERVIEW: JOHN LEWIS