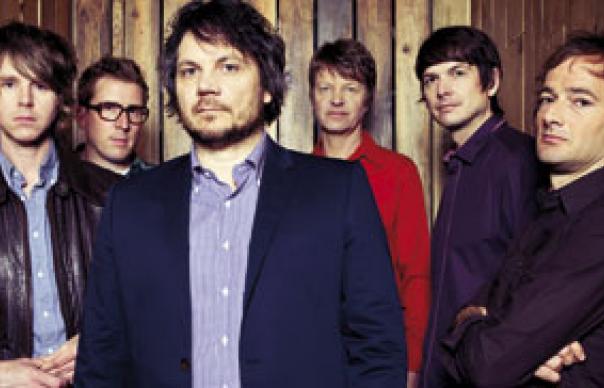 Wilco fans are as polarised as the US congress. Some revel in the band’s eardrum-pulverising forays into the sonic unknown, introduced on 2002’s art-damaged Yankee Hotel Foxtrot and refined on 2004’s brutally beautiful A Ghost Is Born. The rest are entranced by what Jeff Tweedy describes as “cinematic-sounding country music…you know, folk music”, represented by 2007’s glorious Sky Blue Sky and 2009’s intermittently captivating Wilco (The Album).

The latest version of Wilco, (containing only two original members in Tweedy and bassist John Stirrat), is the most stable unit Tweedy has assembled in the band’s 17-year history, in marked contrast to its volatile first decade. Ironically, the current lineup, completed with the additions of guitarist Nels Cline and multi-instrumentalist Pat Sansone, is far more suited to experimentation than any previous iteration, though this dimension is less overtly displayed on the most recent two albums.

It’s tempting to view The Whole Love –released on their own label, dBpm – as a dialectical conversation between Wilco and the two camps. They set up the contrast dramatically on the wonderfully titled seven-minute opener “Art Of Almost”, powered by a customised motorik groove somewhere between Ghost’s “Spiders (Kidsmoke)” and Wilco (The Album) standout “Bull Black Nova”. The groove appears out of the crackle of static and takes on percolating cross-rhythms behind Glenn Kotche’s marvellous drumming, the sonics gradually morphing from Mellotron-washed gorgeousness to a savage intensity, as guitarist Nels Cline whips himself into a head-exploding frenzy. After such a beginning, the hardcore have to be hopeful that the wait is finally over. But that’s pretty much it for shrieking over-the-top-ness. What we get instead in the body of The Whole Love is an alternating mix of trademark rockers and ballads, bonded by Tweedy’s central presence, shifting between scarred and elated, and the arrangements, which play off the bandleader’s range of moods. While the album is packed with inventive moments, there’s no more lacerating skronk, for a very good reason: the emotions the band is mirroring don’t call for it.

On “I Might”, the first of the upbeat tracks, the band bangs out a clattering, garage-y groove in the spirit of Elvis Costello And The Attractions’ Get Happy, with Mikael Jorgensen making like Steve Nieve on the Farfisa. Here, Tweedy rolls with his signature blend of puppy dog earnestness and relatable real-life agitation (sample lyric: “You won’t set the kids on fire/Oh but I might”), but the prevailing emotion is his sheer joy at being part of this killer band in full-on rave-up mode. “Born Alone” chugs along with country-rock amiability, Tweedy’s hayseed vocal set off by Cline’s trumpeting lines as the other players rise up to make ecstatic noise alongside him, in the vein of Sky Blue Sky’s sublime “Impossible Germany”. Half musical snapshot, half long-distance love note, “Capitol City” visits the antique Americana of Randy Newman, Cline impersonating a Dixieland clarinet with his slide lines. “Standing O” picks up where “I Might” left off, sounding like some newly discovered outtake from the Stiff Records catalogue. The title track is the album’s warmest, most relaxed and poppiest cut, Tweedy going for some falsetto lines amid the band’s merry bounce.

Of the reflective songs, “Sunloathe” settles into a “Strawberry Fields Forever”-like pastoral eeriness, “Black Moon” is as noir-ish as the title suggests, “Open Mind” hints at the psychological devastation of Neil Young’s Tonight’s The Night and “Rising Red Lung” finds Tweedy singing in a near-whisper over a fingerpicked acoustic, while the band floats on sunset clouds overhead. On the 12-minute-plus closer “One Sunday Morning (Song For Jane Smiley’s Boyfriend)”, the band inverts the buildup of “Art Of Almost”, moving with dexterity from anguish to acceptance, as Tweedy’s describes the emotional wounds inflicted by a father who takes his disappointment in his son to his grave, the band tracing the course of the narrator’s struggle and ultimate release with intensity.

Wilco’s latter-day character is now readily apparent. No longer the American Radiohead, as the true believers proclaimed a decade ago, this incarnation of Wilco is closer to a post-millennial Buffalo Springfield – especially when Cline, Tweedy and Sansone’s electric guitars blaze away together. And if Jeff Tweedy is no longer the tortured soul who ripped Yankee Hotel Foxtrot and A Ghost Is Born out of the recesses of his ravaged psyche, that is something worth celebrating.
Bud Scoppa