Wilco – Every Other Summer 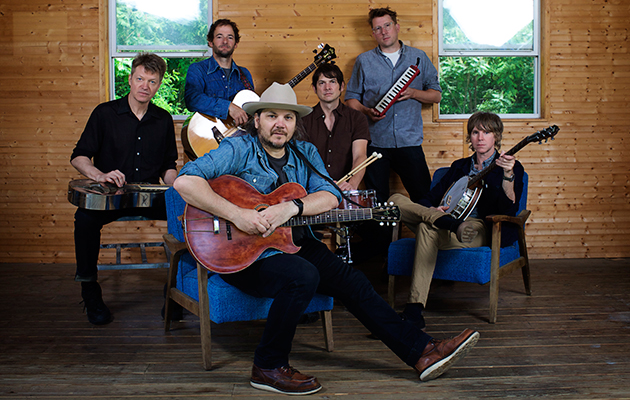 When Wilco invited suggestions for their setlist at the 2013 edition of the Solid Sound Festival, they got a surprise. They expected their fans to treat the invitation lightly, and were braced for requests to play Justin Bieber songs. But the Wilco legions had other ideas. “I have worries,” says guitarist Nels Cline at a rehearsal, only half-joking, “some of this stuff was iconic.”

He needn’t have worried. Wilco’s covers set stands as a cut-out-and-keep guide to their creative roots, starting with Thin Lizzy and meandering through Big Star, Uncle Tupelo (obvious, that), the Rolling Stones, Dylan, the Grateful Dead, the Velvets, Brinsley Schwarz (or possibly Elvis Costello/Nick Lowe), Neil Young, Cheap Trick, The Band and, er, Daft Punk (Nels Cline’s impersonation of Nile Rodgers is quite something). There are also nods to the Modern Lovers and the Count Five. Oh, and Abba’s “Waterloo”.

The full set is readily available on the internet, thanks to the friendly bootlegger, NYC Taper, and YouTube has the usual smattering of wobbly videos. Still, it’s a little disappointing to discover that this film of that year’s festival – a two-yearly event which takes place at MASS MoCA in the rust belt town of North Adams, Massachusetts – features only a handful of Wilco numbers. They are are worth it, though.

The documentary, directed by Christoph Green and (Fugazi drummer) Brendan Canty, opens with Wilco rehearsing Television’s eerie anthem, “Marquee Moon”, a composition which is so particular and precise that it should be uncoverable. Wilco come close to nailing it, though their version does illuminate the difference between Tom Verlaine and Jeff Tweedy. Verlaine sings from a distance, he’s an alienated narrator. Tweedy is a soul singer whose voice has rock muscles. This makes him slightly unsuited to the task. Cline, though, is quite capable of echoing those Verlaine/Richard Lloyd guitar lines.

Tweedy has a happier experience with Talking Heads’ “Heaven”, which plays out beautifully at the end of the film. Then, perhaps the song which is most in keeping with the event, Wilco’s cover of Pavement’s “Cut Your Hair”. It really is fantastic. There’s a fierce micro-solo from Cline, and then the band is joined by Tommy Stinson of The Replacements, who attaches jump-leads to a neurotic, punked-up version of “Color Me Impressed”. At the end, the song collapses on itself, and Tweedy punches the air. You don’t see that very often. Wilco have not relied on rock gestures in recent years, so it’s refreshing to see Tweedy embracing his inner heavy metal drummer.

The festival, in its way, embodies Wilco’s broad suspicion of rock cliche. “There are a lot of really big festivals in the world now,” says Tweedy. “But the big festivals … to me, I don’t think they’re very musical. They’re big cultural events and they’re valuable in a lot of ways that I’m not necessarily a part of. The only real desire was to make a festival that we wouldn’t be miserable at.” 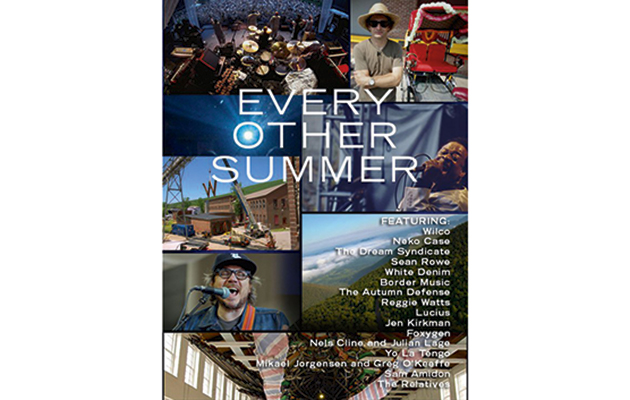 Solid Sound is an intimate event, thanks to MASS MoCA’s sprawling campus; an experimental art space, inhabiting an abandoned industrial site. The way North Adams seems to have embraced both experimental art and Wilco’s regular invasions is extraordinary. A local massage therapist, Molly Kerns, explains that the mayor, Dick Alcombright, held a meeting before the first Solid Sound festival, and said: “We’ve got 8,000 people coming next week. What are you gonna do?” As a result, townsfolk volunteer, and the event is integrated with its environment. People are allowed to get up close to challenging art, Cline notes, approvingly. “It’s not a white gloves kind of feeling.”

Wilco fans disappointed at not being able to experience Glenn Kotche’s Earth Drums (“an interactive experiment in archaic percussion” – buried drums, essentially) or John Stirrat’s Rickshaw FM (a bicycle taxi, with music and street sounds) will welcome the clips of The Autumn Defense doing “The Golden Path”, a sweet song, fringed with steel guitar. And those who value Wilco’s experimental edge, will enjoy the jazzy free playing of Mikael Jorgensen, Greg O’Keeffe and Oliver Chapoy; and a guitar duet between Nels Cline and Julian Lage. In the same vein, it’s fascinating to witness David Hidalgo (Los Lobos) and Marc Ribot (who punctured Tom Waits’ sound) swapping ideas.

Another Tweedy favourite, The Dream Syndicate, deliver an extended version of “Days And Wine And Roses”, and Yo La Tengo essay a fine, percussive version of “Autumn Sweater”, which runs over a video portrait gallery of festival goers. Neko Case, The Relatives (psychedelic soul), Foxygen (Doors-like racket) and Lucius also feature. There’s also a lovely turn by Sam Amidon, doing the ancient-sounding “Sugar Baby” on a banjo to an audience of almost nobody.

There is but one song from Wilco’s non-covers set, a blistering version of “Art Of Almost”. The organ shreds the tune, which unfurls in waves of neurotic minimalism as Cline, again, takes charge. It really is terrific. So, yes, Solid Sound isn’t just about music, and the music isn’t just about Wilco. But, modesty aside, there is room for a lot more of that stuff.